Louisiana Rep.-elect Luke Letlow, who died while battling COVID-19, suffered a heart attack following a procedure, a hospital official said. The 41-year-old was receiving treatment in the intensive…

There are folks with sources saying he was made to have a heart attack.

Really think this thread needs to be moved into the man made disasters now. . .

Dr. Peter Daszak orchestrated a statement at the onset of the COVID-19 pandemic that condemned “conspiracy theories” that the virus doesn’t have a natural origin.
Daszak admitted on Friday through a spokesman that he issued the statement to protect Chinese scientists from online criticism.
Daszak has worked directly with scientists at the Wuhan Institute of Virology and allegedly played a key role in directing taxpayer-funded grants to the research center.
The State Department announced on Friday that it has obtained evidence showing that researchers at the WIV became sick with flu-like symptoms in Fall 2019, prior to the first known cases of COVID-19

The U.S. scientist behind an effort to stymie debate surrounding the possibility that COVID-19 could have accidentally escaped from the Wuhan Institute of Virology admitted through a spokesman that he did so to protect Chinese scientists from online criticism.

Dr. Peter Daszak, the president of the New York-based EcoHealth Alliance, orchestrated a statement published in The Lancet medical journal in February, prior to any serious research on the origins of COVID-19, condemning “conspiracy theories” that suggest the virus doesn’t have a natural origin.

Daszak has worked directly with scientists at the Wuhan Institute of Virology, which was studying bat-based coronaviruses prior to the outbreak of COVID-19, and he allegedly played an influential role in directing two taxpayer-funded grants from the National Institute of Health to the Chinese research center.

An email obtained by U.S. Right to Know, an investigative research group, shows that Daszak worked to significantly broaden a line in the draft version of the statement that had condemned the conspiracy theory that COVID-19 was a Chinese manufactured bio-weapon.

“I think this is a bit too specific, because there are other conspiracy theories out there,” Daszak said in the Feb. 6, 2020, email. “Our current statement neatly refutes most of them by saying that ‘We stand together to strongly condemn conspiracy theories suggesting that 2019-nCoV does not have a natural origin. Scientific evidence overwhelmingly suggests that this virus originated in wildlife, as have many other emerging diseases.”

A spokesman for Daszak told The Wall Street Journal on Friday that his statement, which was cited by numerous news outlets during the onset of the pandemic, was meant to protect Chinese scientists.

“The Lancet letter was written during a time in which Chinese scientists were receiving death threats and the letter was intended as a showing of support for them as they were caught between important work trying to stop an outbreak and the crush of online harassment,” Daszak’s spokesman told The Journal. 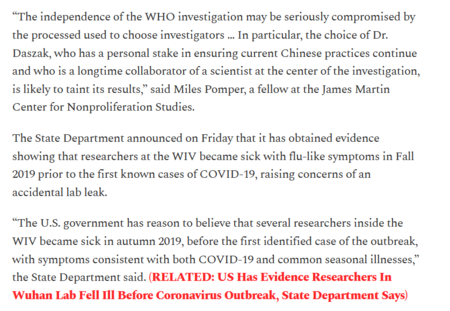 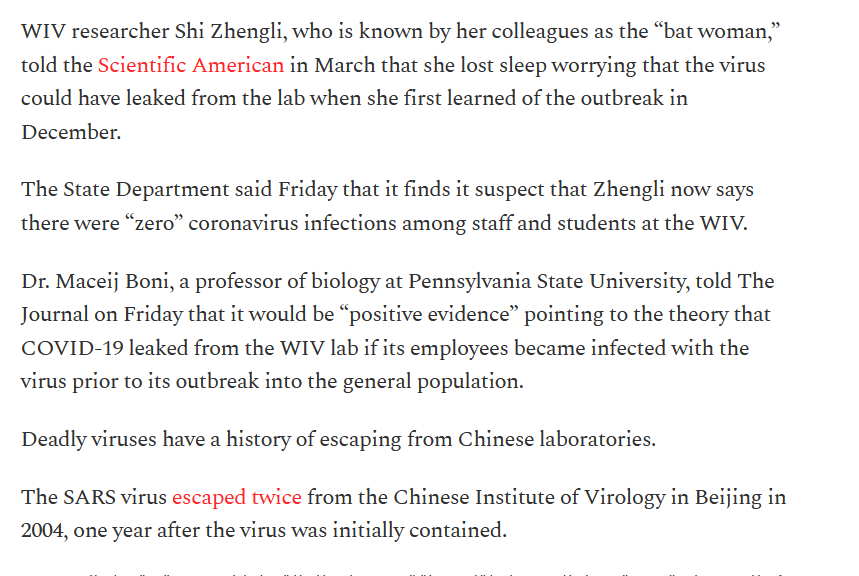 Danil54grl said:
Really think this thread needs to be moved into the man made disasters now. . .
Click to expand...

When this thread started, "Pandemic" was a subcategory of "Man Made Disasters." The new management made it a stand alone category,

The WHO issued new testing guidelines on Jan. 20 in reference to Covid 19, as s became 1 hour after the Sleeping Jo president.
It now states "A positive test result alone is no longer sufficient to establish disease or infection, the WHO writes."

"In the absence of symptoms, a high Ct value means that you are very unlikely to get sick or make someone else sick unless you have recently been in contact with an infected person."

With these WHO changes, of course, the number of cases will decrease statistically and in three weeks Sleeping Jo is guaranteed to say that only with his measures the number of corona cases is decreasing and everyone (governments and media) will cheer him.
I don't think you believe in coincidences, but the WHO is the same corrupt store as Jo's family, the dark state sends its regards.
A

Exactly. So I wonder how other countries will react to this news.

How will other countries react? In 3 weeks you will cheer Jo everyone and present him as the hero of the pandemic, you will say that Jo did the only right thing and Trump was a zero who was responsible for thousands of deaths. I will tell you one thing now, almost all governments in Europe are already making great leaps of joy for Jo every day and your media in the USA will now bring it every day on page 1 that Jo is praised and adored by the whole European political caste and that he gets a lot of good advice from his "friends" from Europe and that way you humiliate the American people who didn't vote for Jo every day.

Believe me, it will cost you very dearly that the idiot is now president, he will raise your taxes, charge more for the gasoline and limit your rights, just as it is done in Europe. The guy will let others pay the bill, bleed the middle class to death and destroy thousands of jobs. What he has already decided in the short time so far is a lot, the return to the Paris climate agreement makes you prisoners of Europe and even if Jo only stays in office for one year in the best case (I hope less), he will still be very many socialist ideas have made your life dear and curtail your rights.
I hope the guy is punished for that, and I really hope that he somehow gets deposed including his vice, everything else will be a disaster.
A

You don't have to tell me all of that, I didn't vote for him. Any Biden supporters on this forum?

Amish Heart said:
Any Biden supporters on this forum?
Click to expand...

They are apparently in hiding. 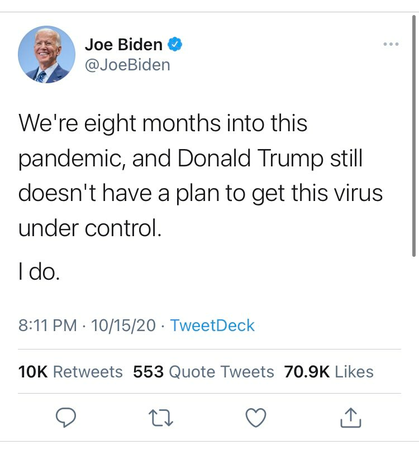 and neither does he, except for following Trumps plan of vaccinating 100 thousand people in "Bidens" first 100 days in office. That was Trump!! You really think I am going to give Biden that kind of credit? Think again!!

Oops forgot a few freaking zeros. . . but you get my drift, That was Trump. Not your belovid Biden.

I'm willing to give him all the credit Trump wants- it's far less important than the number of lives saved.

And despite all his flaws, Trump's administration did do a good job removing roadblocks and red tape to vaccine development.

@Breaking911
REPORTER: Do you believe you may be required to break down the COVID bill into smaller chunks in order to get it passed? BIDEN: "No one requires me to do anything."

Fuijifilm Novavax, US owned, UK developed, UK produced superb vacine DESPITE BREXIT and way ahead of the EU. French vacine FAILED, Astra Zenica being bullied by the EU. THANK GOD FOR BREXIT