My wife is still on Facebook. She connects with some classmates from high school there. My wife and I went to the same high school, so I too know these people. I keep urging her to dump Facebook, friends or not. The friends on the Right will reconnect somehow later and the friends on the left---I will always love them but I never want to see them again---so no loss.

I really dont do Telegram but thought I would pass this along. I have not figured out how to blow up the screen so I can see it better. Just too hard for me to use. Though others could benefit.

Danil54grl said:
I really dont do Telegram but thought I would pass this along. I have not figured out how to blow up the screen so I can see it better. Just too hard for me to use. Though others could benefit.
Click to expand...

One of my friends is really into Telegram. I tried it recently and can't figure out how it's any different than any other messaging app (that wants access to my contacts, call logs, etc.).
Seems like a great network for those who can figure it out.

Brianna said:
One of my friends is really into Telegram. I tried it recently and can't figure out how it's any different than any other messaging app (that wants access to my contacts, call logs, etc.).
Seems like a great network for those who can figure it out.
Click to expand...

We use Signal. not bad, and private.

I wouldnt trust anything Peter Daszak says. And this is who Biden is relying on to tell us about the "Official" findings. Hmmm, dont think so.

Facebook's 'independent fact checkers' relied on a letter spearheaded by a major financial backer of the Wuhan Institute of Virology to 'debunk' articles exploring the possibility that the COVID-19 pandemic originated in a leak from the lab, it has emerged.

Facebook relies on third-party fact-checkers to 'debunk' false claims, and in the case of the lab leak theory, a February article from Facebook partner Science Feedback played a key role in the social media site's censorship.

It has now emerged that the Lancet letter, which played a key role in suppressing early debate on the pandemic's origins, was not only signed but organized by Peter Daszak, whose group funneled U.S. taxpayer dollars to controversial gain-of-function research at the Wuhan Institute of Virology (WIV).

Though no definitive proof has emerged yet to show whether COVID-19 leaked from a lab or crossed over to humans directly from an animal, mounting evidence in support of the lab leak theory has emerged in recent weeks – after academics dismissed it as impossible for more than a year.

It is now clear that many of the leading experts in emerging coronavirus threats, who rushed to dismiss the lab leak theory early in the pandemic, were potentially conflicted, fearing that confirmation of a leak would shut down virology labs around the world and cut off their precious flow of funding.

However, few played as key a role in suppressing debate as Daszak, the British-born founder of non-profit EcoHealth Alliance, which takes in millions in U.S. taxpayer dollars and parcels them out to facilities conducting gain-of-function research, including WIV.

Gain-of-function research is a controversial field that involves collecting dangerous viruses and genetically modifying them to be more deadly, in order to study the risks of future outbreaks.

Emails since released through public records requests show that Daszak secretly organized the February 19, 2020 Lancet letter, which established a veneer of 'scientific consensus' and quashed debate.

Ted Cruz: Facebook’s Actions and Correspondence with Fauci Shows Big Tech Operating as Extension of Government – Opens Them Up to Legal Liability

Senator Ted Cruz (R-TX) joined Maria Bartiromo on Sunday Morning Futures on Sunday morning to discuss Facebook’s roll in suppressing the true information that did not coincide with what Dr. Fauci was telling the public.

We now know that Fauci was misleading the public for over a year on the coronavirus, where it came from and how to treat it. Millions died following Fauci’s dishonest and misleading reports and advice.

And Facebook acted as an agent of the government to silence anyone who proposed alternative ideas and facts regarding the coronavirus.

This is a huge development!

Senator Ted Cruz: In the email dump that came out, it makes clear that this is not just being sloppy. It is systematic and it is systematically an effort to mislead the American people. And as you noted he wasn’t doing it alone but was doing it with much of the US government behind him and with Facebook and Big Tech operating as an extension of the US government in order to silence any views that disagreed, not with the science, because he wasn’t looking for the science. He was suppressing the science. But rather trying to silence anything that disagreed with the political narrative that was convenient that he was pushing at that moment…

…If you went out and posted the facts that led, a year ago, to the very strong likelihood that the coronavirus escaped from a Chinese government lab in Wuhan, China. If you posted that a year ago and they took it down, I think there is a very good argument you have a cause of action against Facebook. And, Facebook would ordinarily say, “We’re a private company. We’re not liable.” Well, you know, when they act at the behest of the government. When they contact Fauci. When they say, “Should we censor this and Fauci says, “Yes.” And they censor it for the federal government. And then magically when the government changes its mind and says, “Oh, all those facts that were there a year ago, now you’re allowed to talk about it.” They stop censoring it with the flip of a switch. That lays a very strong argument that Facebook is operating as a state agency and that opens very seriously legal liability.

Ted Cruz: Facebook's Actions and Correspondence with Fauci Shows Big Tech Operating as Extension of Government - Opens Them Up to Legal Liability (VIDEO) 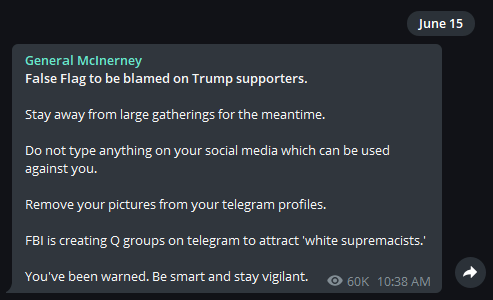