What will happen when everyone hits the forest?

Okay, here I am with my philosphies again, I hope you don't mind. Let's say the food supply stops cold. We will all be out there hunting wild game. How long will it last? There will be no conservation, people will kill any game in sight, Bucks, Does, Fawns in any species. I just want to throw that out there to everybody...be prepared to raise your own because living off the land will end quickly.

Location
In a van down by the river....

If you have your own livestock it will be stolen almost immediately. Most people dont have the skills they think they do especially when it comes to hunting. It wont take long for gangs to form in the cities that will move out to the country. People will be forced to band together to make it.

2 ideas come to mind when comes that idea.1st which can be very expensive..fast growing tree along the property line.then come in 10 to 20 feet from that and go with a tall fence line..or 2ndly..find a very remote area where folks are highly like not to show up,and at same time the life stock will stay there..even if it means a fence where needed...

This is just an idea, but if you are in a situation and have people that you trust who also have their own livestock, it might pay to put the stock together and post armed 'shepherds' with the animals 24/7.

When everyone flees to the forest, it will be depleted rapidly.....that's what happened during the great depression so my folks say. They won't even eat a rabbit nowadays because they ate so many back then. And they lived about as remote as possible within about 600 miles of here. All the deer were gone. Squirrells , hogs , and pretty much everything but rabbits. You probably ought to check ALL your local game laws. You ever wonder why certain methods are illegal. Its because they are effective at harvesting the natural resources to the point of depletion. Hence more effective means you'll eat longer because of advantage. 2" webbing throated hoop nets conibear traps.and wire snares and old steel traps. Maybe a crank telephone even. The rules are in place so all can enjoy the bounties of nature. But when rule of law goes out the window, nothing is sacred. Everyone takes a me first attitude. You'll probably be left with nothing if you play fair..you know how to beat a Cheater ....out cheat him.. might be worthwhile to have the tools at hand. After all when Katrina hit New Orleans, in two days , the law DECIDED to allow people to take what they needed from grocery stores. They decided law didn't matter. It was a matter of survival. Third day , there was no stopping the mobs of otherwise civil people from taking everything they wanted from whoever they could take it from. It was absolute chaos for awhile.
Look at Iraq....we run the law of the land out....decided its not our job to police the country as the people started looting Saddam Hussein's palaces, and the crowds immediately start turning on us. We went from hero to goat overnight. Mobs decide anarchy is what they want when you let them know laws are no longer in effect. And logically in anarchy, he who is best at stripping resources the fastest will have the most .....at least short term.
Wow ....I wasn't figuring to go all there... sorry

Well at least it will solve our wild pig problem. Also people might be dumb and deforest the trees too for firewood and other things.

One thing might be in our favor. Not everyone hunts like they used to. Lots of people won't have what they need to take game, whether because of their personal beliefs, stupidity, or gun laws. Game will get smart quick once you get a bunch of Elmer Fudd's in the woods making all kinds of noise.

Another thing may be in our favor as well, at least for those worrying about people pouring out of large cities. The majority of these people aren't going to consider hunting right off the bat, they're going to eat everything in the city that they can beg, buy, or steal. Think of how many of them do nothing but sit at a desk and peck buttons on the computer all day. Are they going to have the stamina to walk if there is no gas, the several days to a week all the way to where game MIGHT be, spend the time to hunt, know how to gut the kill, and then have means to take all of that back to the city to their nest of whatever?

Yes, the farther away from the cities the better the chances are for people equiped and educated to survive. That is why I see that it is so important for preppers to get to know one another now. We will need to communicate, share what's going on around us and know that we have someone we can trust. People with like minds. I appreciate your input on this post. Thank you.

I agree that it's important to develop a network that you can work within safely. There may come a time that you have to run and someone just might offer you a hidey hole if they know and feel that they can trust you.

That's the main reason I'm on this site. To get to know y'all and y'all me. So if you ever need a hand look me up.

Makes me wonder if we should set up a way to communicate if SHTF and all communications are down. Like a symbol on a fence means a friendly location.

Location
In a van down by the river....

One thing to consider is all these people with thoughts of bugging out to the woods really dont have an idea where they are going or what they are doing. Most people that are going to bug out have a "plan" to hit the woods. The problem is that is where their "plan" ends. They dont have a real distination other than going to the woods. They dont possess skills to sustain themselves. As they get hungry, cold and tired they will be looking for handouts. When the handouts can't be found they will become desperate and dangerous.

Although there will be plenty of people headed out of the cities, at least half will stay there as they wont want to give up their homes. They wont move on until they cant make it where they are. People will be coming out in waves.

I am afraid the wtshtf it will eventually be survival of the fittest. Many people will fall by the wayside, Extreme measures will have to be taken . its a different story shooting a deer or rabbits or birds , if push came to shove ,could you shoot another human being , you just might have to too SURVIVE.

I hope we don't have to face that situation Mike, but I fear we will. I'm pretty sure I know what I'll do if it comes down to taking a life to preserve my family, but can't say for sure until I'm there at that point. One thing I do know that is going to cause trouble for me is that I have a hot temper and it's on a hair trigger any more. Guess my parents named me well. Kellie means 'warrior woman' in Irish Gaelic, wonder if they had a dream about what I'd turn out like.

bubbadreier said:
Makes me wonder if we should set up a way to communicate if SHTF and all communications are down. Like a symbol on a fence means a friendly location.
Click to expand...

Just make sure it doesn't hit sheeple programming so we don't have leeches sucking people dry under false pretenses.

True... The symbol only gets passed through email?

I'm serious that's a good idea....its sad when one has to beg someone to believe he's serious...lol 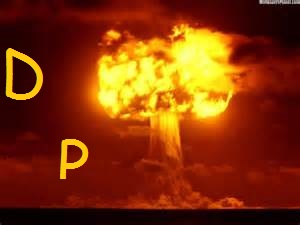