The nine most awesome movie bug out vehicles

Would take the horse any day!!

Well you can't eat a truck

Nope and horse isn't too bad on the grill.

More important is the bug out location .

True, but if you're going, you should at least enjoy the ride!

If a 1000lb. animal don't want you on its back there is nothing you can do to stop it from getting you off of it.

That is very true Wild Man. My Hubs does all of our training and so far we have very few lawn dart moments and the majority of them have been mine and they are my fault because my seat sucks rocks. I would recommend riding your own animals that way you know them, you know how they spook, what spooks them, and the warning signals that one is going to blow. Right now we have one and funnily enough it is the youngest girl's horse, who is a spooky assed bastard. Anyone but her rides him, they'd best sit deep and hang on cause he's a demon on hooves. She rides him and it's a complete opposite, it's like riding a 30 year old glue factory horse. He does what she asks, when she asks and goes through anything for her. So far she's had him in the water, over fences, through heavy smoke, heavy rain/storm, bicycles coming up on her, 4 wheelers coming up on her, as well as dogs, cars, and cattle; he listens to her and if anyone else tried to pull it off he'd throw them.

That's the one thing that just irks the shit out of me that you see in movies and on tv. People coming up on horses in a pasture and the next thing you know, they're on them and riding hell bent for leather. The pilot episode of The Walking Dead is a fine example, he didn't know if that horse was broke, sound, crazy, or anything else; you just see him hauling ### for Atlanta. Okay, off my soap box for now. 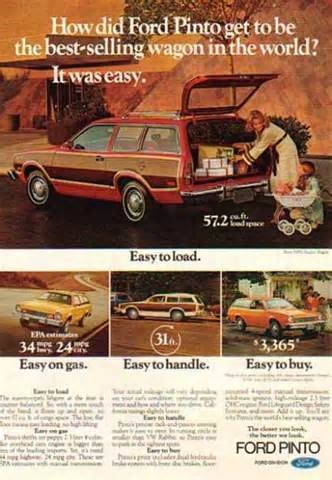 I had a GMC Concord that thought it was 4 wheel drive. Had a Ford Maverick that went through hell too.

Come and Take It said:
I'm a Ford guy
Click to expand...

Currently, mine's an older F-350 diesel dual-wheel truck. I've got an auxiliary 151 gallon tank in addition to the two standard tanks, and all kinds of doo-dads on it (including a CB...may not get much use now, but post SHTF?). Gooseneck hitch in the bed, as well as a standard hitch on the bumper.

I love this behemoth. In a bug-out situation, we'd hook up the horse trailer (which has a decently stocked up living area). Depending on the situation, we'd either take a horse and or just load up the trailer with more supplies.
You must log in or register to reply here.
Share:
Facebook Twitter Reddit Pinterest Tumblr WhatsApp Email Link