Does anyone have any first hand experience of solar power in Finland?
Is it worth the money?
Any recommended companies?

Karloshi said:
Does anyone have any first hand experience of solar power in Finland?
Is it worth the money?
Any recommended companies?
Click to expand...

Read everything you can online and do it yourself! The labor is a major part of the expense.

Karloshi said:
Does anyone have any first hand experience of solar power in Finland?
Is it worth the money?
Any recommended companies?
Click to expand...

Its been done in Scandinavia on a small scale, but to be effective its got to have pan and tilt and be easily cleanable. That far north you need a chart to see what angle to set the panels at. The P & T frames need to be stronger and Moose proof. And watch out for thieving ambulance driving Vikings they are kleptomaniacs.

There was an article but I cannot find it of a place in Scandinavia where they clustered groups of 4 100W panels and set angled reflectors around them to catch more light, apparently they did very well when everything was covered in snow (not the panels / reflectors)reflecting the sunlight. 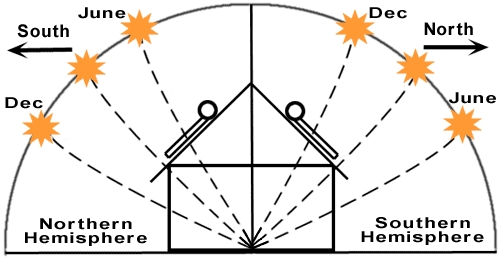 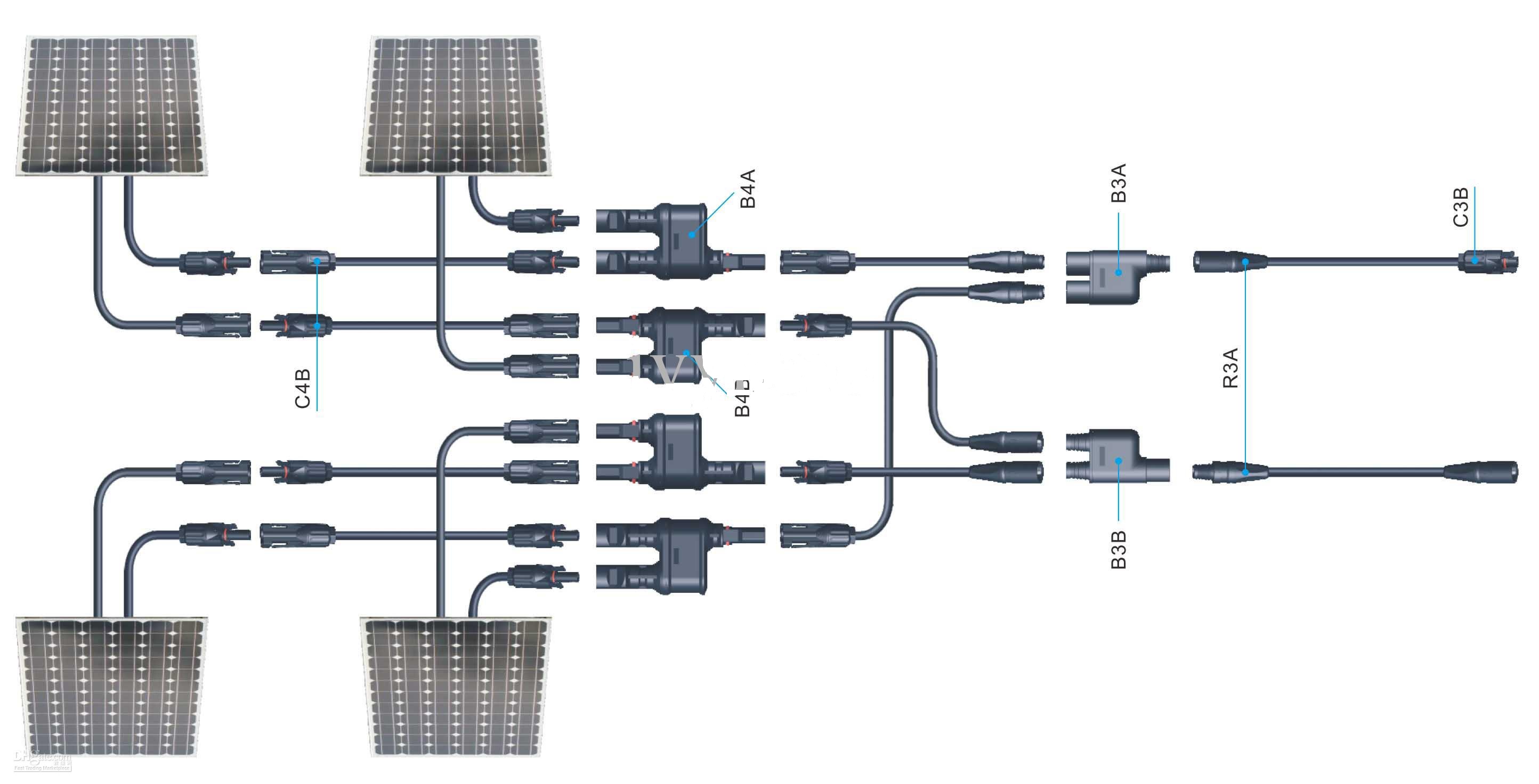 refering to me mate?

hmm,those panels would fit nicely in my ambulance and no one would suspect a thing

Told ya Build a solar array in Scandinavia and you have to Weather Proof, Moose Proof and Viking Proof the array.

but it's doable!
A

I know people in Alaska who use solar successfully. Obviously during winter the amount of electric produced from the panels alone won't provide enough electric. So they also have wind turbines and backup generators installed. The panels do need to be mounted high enough to keep the moose from rubbing on the panels and fighting them.
P

Moose/elk don't seem to be an issue around here. Perhaps the deer would cause some trouble, although they did leave my vegetable plot alone last summer.

Karloshi said:
Moose/elk don't seem to be an issue around here. Perhaps the deer would cause some trouble, although they did leave my vegetable plot alone last summer.
Click to expand...

Chances are Jonnte nicked the moose I think (not sure) that in those parts the practice is to mount them on ground frames or the SIDES of south facing buildings not roof tops so they can easily be swept clean when its snowing.

To get the most from solar panels, you need to point them in the direction that captures the most sun. But there are a number of variables in figuring out the best direction. This page is designed to help you find the best placement for your solar panels in your situation.

This advice applies to any type of panel that gets energy from the sun; photovoltaic, solar hot water, etc. We assume that the panel is fixed, or has a tilt that can be adjusted seasonally. (Panels that track the movement of the sun throughout the day can receive 10% (in winter) to 40% (in summer) more energy than fixed panels. This page doesn’t discuss tracking panels.)

Solar panels should always face true south if you are in the northern hemisphere, or true north if you are in the southern hemisphere. True north is not the same as magnetic north. If you are using a compass to orient your panels, you need to correct for the difference, which varies from place to place. Search the web for “magnetic declination” to find the correction for your location.

The next question is, at what angle from horizontal should the panels be tilted? Books and articles on solar energy often give the advice that the tilt should be equal to your latitude, plus 15 degrees in winter, or minus 15 degrees in summer. It turns out that you can do better than this - about 4% better.

Fixed or Adjustable?
It is simplest to mount your solar panels at a fixed tilt and just leave them there. But because the sun is higher in the summer and lower in the winter, you can capture more energy during the whole year by adjusting the tilt of the panels according to the season. The following table shows the effect of adjusting the angle, using a system at 40° latitude as an example. (The comparison would be a little different for different latitudes.) Each option is compared with the energy received by the best possible tracker that always keeps the panel pointed directly at the sun.

Fixed Adj. 2 seasons Adj. 4 seasons 2-axis tracker
% of optimum 71.1% 75.2% 75.7% 100%
In short, adjusting the tilt twice a year gives you a meaningful boost in energy. Adjusting four times a year produces only a little more, but could be important if you need to optimize production in spring and fall. You can jump to the section on the best fixed tilt angle, or skip to the sections on two-season or four-season adjusting.


Other Situations below.
This table gives some examples for different latitudes. It also shows the average insolation on the panel over the year (in kWh/m2 per day), and the energy received compared to the best possible tracker.

If you want to adjust the tilt of your panels four times a year, you can use these figures to keep capturing the most energy year-round. This table gives some examples:

In winter, a panel fixed at the winter angle will be relatively efficient, capturing 81 to 88 percent of the energy compared to optimum tracking. In the spring, summer, and autumn, the efficiency is lower (74-75% in spring/autumn, and 68-74% in summer), because in these seasons the sun travels a larger area of the sky, and a fixed panel can’t capture as much of it. These are the seasons in which tracking systems give the most benefit.

Note that the winter angle is about 5° steeper than what has been commonly recommended. The reason is that in the winter, most of the solar energy comes at midday, so the panel should be pointed almost directly at the sun at noon. The angle is fine-tuned to gather the most total energy throughout the day.

The summer angles are about 12 degrees flatter than is usually recommended. In fact, at 25° latitude in summer, the panel should actually be tilted slightly away from the equator.

[paste:font size="5"]Tilt Fixed at Winter Angle
If your need for energy is highest in the winter, or the same throughout the year, you may want to just leave the tilt at the winter setting. This could be the case if, for instance, you are using passive solar to heat a greenhouse. Although you could get more energy during other seasons by adjusting the tilt, you will get enough energy without making any adjustment. The following tables assume that the tilt is set at the winter optimum all year long. They show the amount of insolation (in kWh/m2) on the panel each day, averaged over the season.

Latitude 50° Tilt 68.5°
Season Insolation on panel % of winter insolation
Winter 3.4 100%
Spring, Autumn 5.4 158%
Summer 5.1 150%
Confused about tilt angles?
A zero tilt angle means that the face of the panel is aimed directly overhead. A positive tilt angle means that the panel faces more towards the equator. In the northern hemisphere that would mean tilting so it faces towards the South. Rarely, the tilt angle can be negative; this means the panel faces away from the equator.
Time-of-Use Rates
In some grid-connected systems, energy is more valuable during peak periods. To see the effect of this on panel orientation, look at my time-of-use page.
See my rates.
[paste:font size="5"] Assumptions
These calculations are based on an idealized situation. They assume that you have an unobstructed view of the sky, with no trees, hills, clouds, dust, or haze ever blocking the sun.
You may need to make adjustments for your situation. For example, if you have trees to the east but not the west, it may be better for you to aim your solar panels slightly to the west. Or if you often have clouds in the afternoon but not the morning, you might aim your panels slightly to the east.

The calculations also assume that you are near sea level. At very high altitude, the optimum angle could be a little different.

If you are estimating energy output, remember that temperature affects the efficiency of photovoltaic panels. They produce less power at higher temperatures. Panels vary so you will need to contact your panel manufacturer for their specifications.

Don’t obsess about the exact angles just because I’ve calculated them to the tenth of a degree. A difference of a few degrees will make very little difference in the energy you gather.

Why does this work?
The recommended angles can seem counterintuitive. For example, consider summer at 40° latitude. At noon on the solstice, the sun is 40° - 23.5° which is 16.5° from directly overhead. To capture the most sun at that time you would tilt the panel 16.5° to point it directly at the sun. On other days of the summer it is a bit lower in the sky, so you would want to tilt the panel a bit more. Yet we say to tilt it only 12.5°. The sun is never that high. How can that be right?

The answer is that we are considering the whole day, not just noon. In the morning and evening, the sun moves lower in the sky and also further north (if you are in the northern hemisphere). It is necessary to tilt less to the south (or more to the north) to collect that sunlight.

How these numbers were calculated
For each configuration of latitude and season, over 12,000 data points were calculated for various times throughout the day and the year. For each data point, the equations of celestial mechanics were used to determine the height and azimuth of the sun. The intensity of the sun was corrected to account for the increased absorption by the atmosphere when the sun is lower in the sky, using the formula:
intensity in kw/m2 = 1.35 * (1.00/1.35) sec(angle of sun from zenith)

This formula assumes that the earth is flat, so a factor was applied to account for the curvature of the earth (and therefore the earth’s atmosphere). These factors, and the angle of the sun with respect to the panel, then determine the insolation on the panel. An iterative method then determined the angles that give the maximum total insolation during each season. Given those angles, the beginning and ending dates of the season were then adjusted to the optimum, then the angles recalculated, until the process converged. After the optimum dates and angles were calculated, it was determined that a linear formula closely approximates the optimum. The formulas are only accurate within the specified range.

Other published articles on tilt angles have used less accurate calculations. For example, Richard Perez and Sam Coleman, in “PV Module Angles”, Home Power n.34 p.14-16, 1993, recommend an angle that puts the panel perpendicular to the sun’s rays at noon. That is indeed the best angle at noon on that day, but it does not take into account the best angle for capturing solar energy at other times of the day. That article also leaves it to the reader to estimate the best angle over the period until the next time the tilt is adjusted.

Percentages may not be exact due to rounding.

Links
You may find these links useful.
http://www.expertise.com/green/home-solar-panels-pros-cons-and-hidden-costs
This site has good information for the homeowner considering going to solar power.
http://www.nrel.gov/rredc/solar_resource.html
The National Renewable Energy Laboratory has copious data on solar energy available at different locations in the United States, a performance calculator for PV systems, and more.
http://www.gaisma.com
This site has sunrise, sunset, and insolation data for worldwide locations.
This page was last updated on 18 March 2017.

I have visions of Jonnte with a cupboard full of Mooses

'comon,don't tell everything,it's a heck of a job to train those
P