First and foremost this is not the end all bike recommendation, but those who are novices or don't have a capability, new preppers should consider this as an alternative BOV.

Note: I did not add all the new bikes out there. These are simply used bikes that can be had for a fraction of the cost and as preppers we all know about getting a good deal. Some of the older models are museum pieces but you never know what is out there.

KLR 650 is my first choice, Enfield India 500cc Single Diesel my second choice, probably a Super Motard type or utilitarian machine like the Suzuki Van Van 200 single is what I would end up with in reality. Lots of Self Build camper Van owners in the UK have small bikes ranging from Monkey bikes to VAN VAN 125s & 200 fastened across the backs of their camper vans, Some use refurbished Yamaha SR500 singles as well. 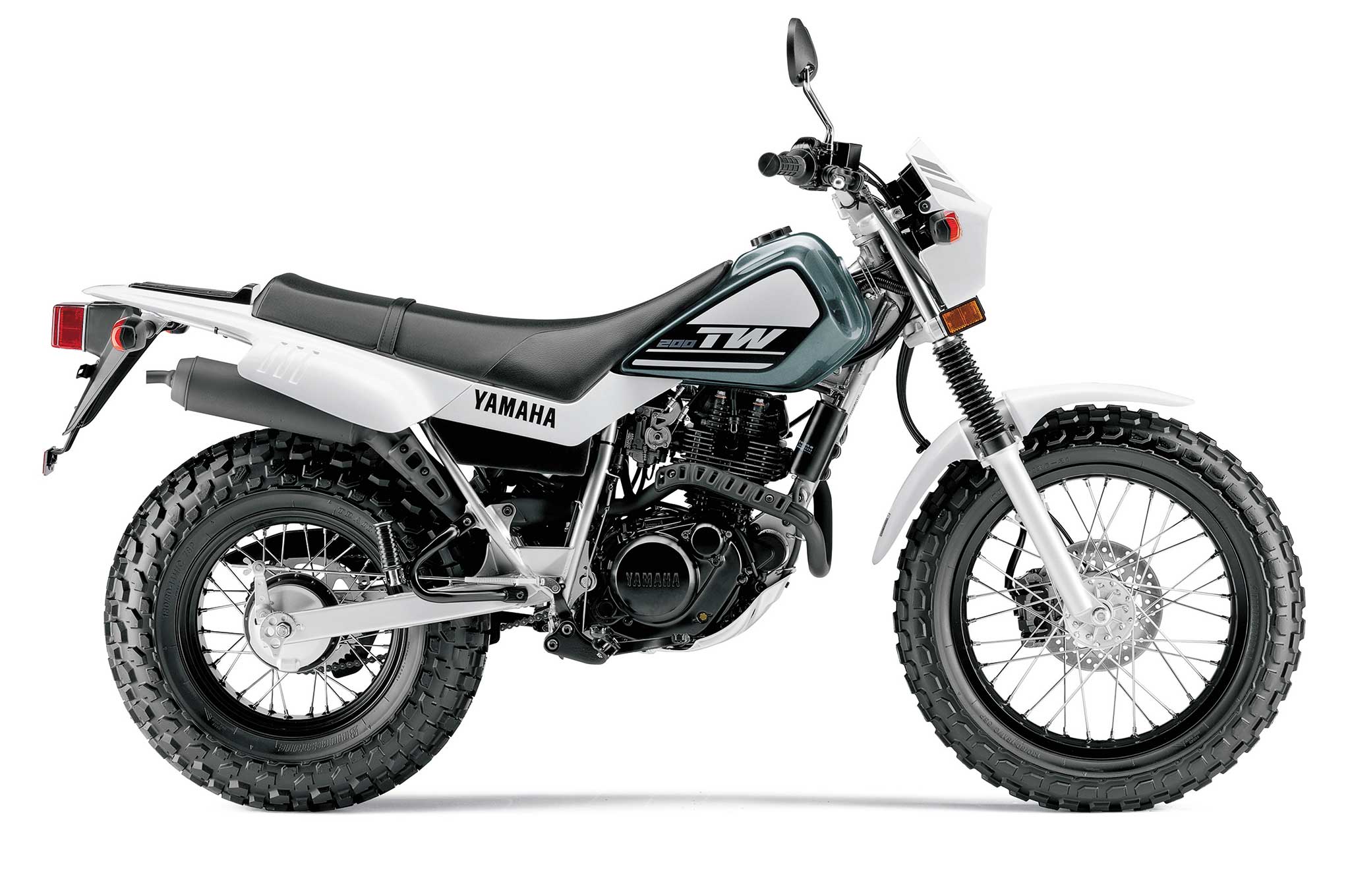 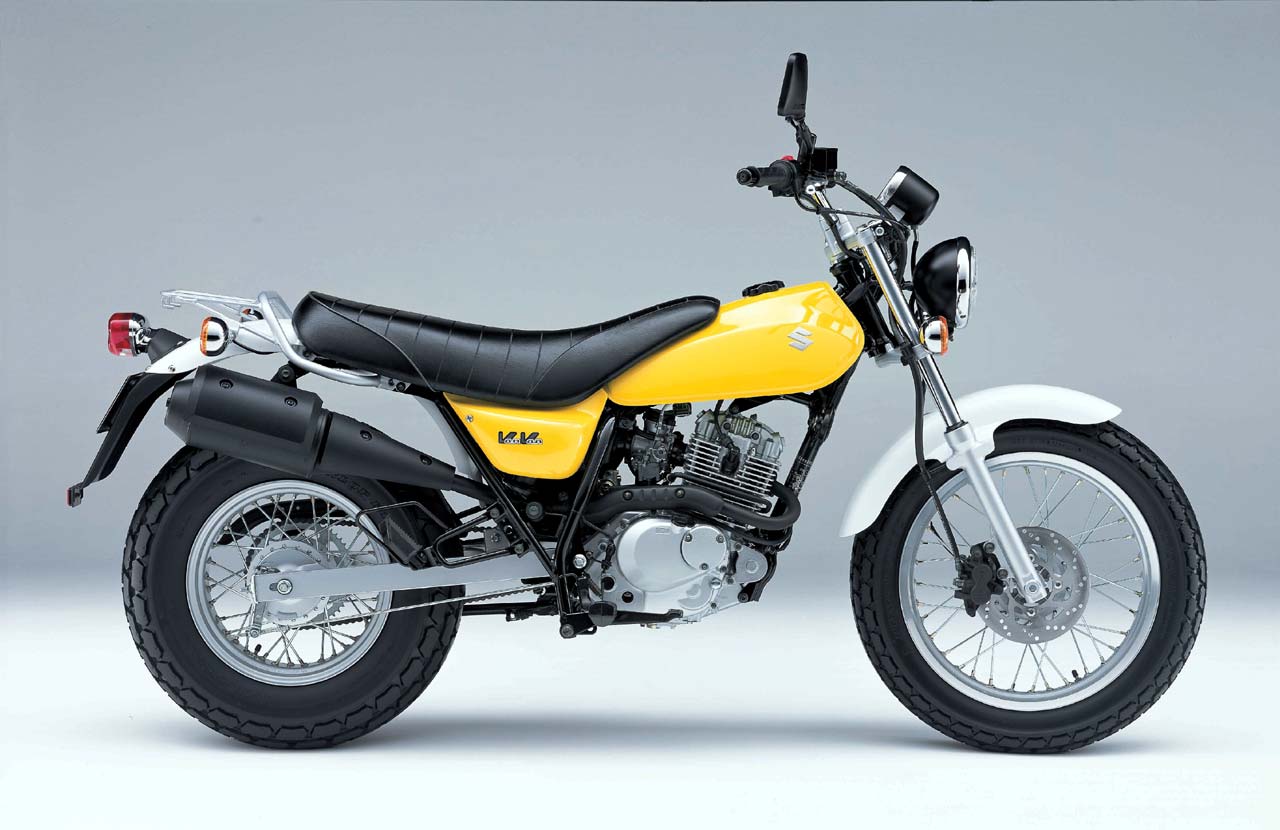 Thought it might be nice to address an easy PDF for the new ones. I just shelled out this weekend for my son, the new Yamaha WR450FX, I like it because of the robust skid plate. Based on this grin on his face, I think he liked it. Nice graduation present that he wasn't expecting. Other than that Russian rifle his uncle gave him as a gift. Kids today. Whatever happen to a tie pin for a grad present.

The PDF is greatly appreciated and a very useful guide, I saw this when I was scanning the web I think its only available in the US. it looks to be the perfect BUG OUT BIKE. Yamaha XTW 250 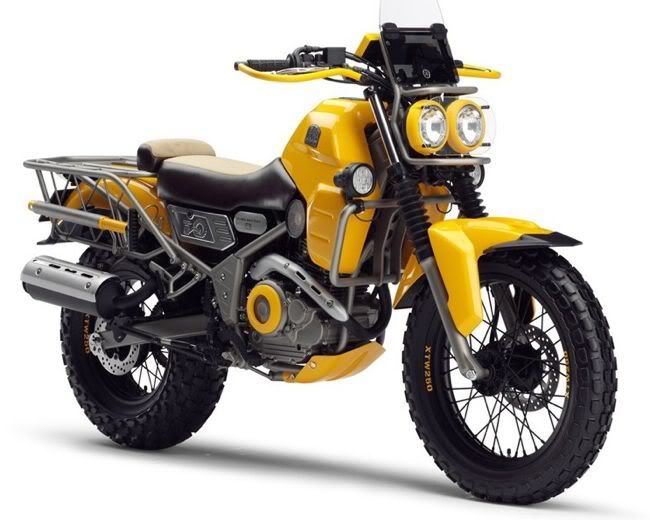 Now these Honda Ruckus are the IDEAL Urban BOB and probably good enough for a sub 100 mile escape, they sip petrol. 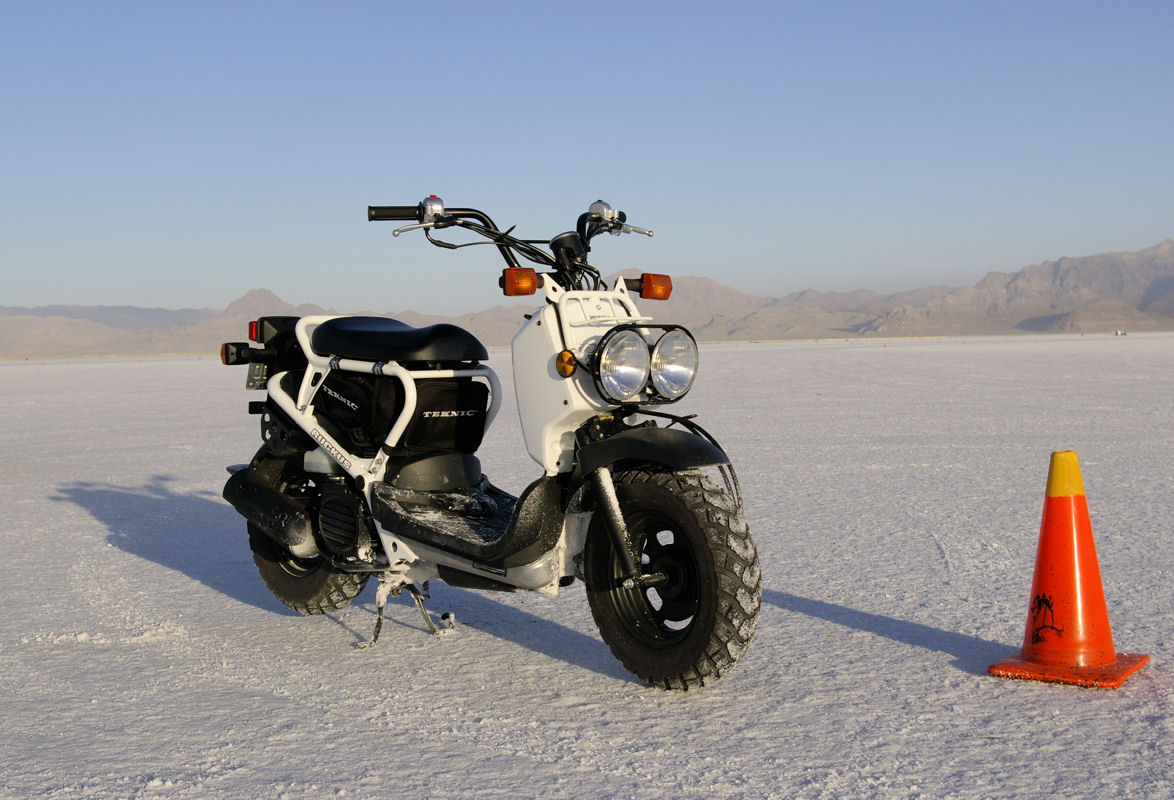 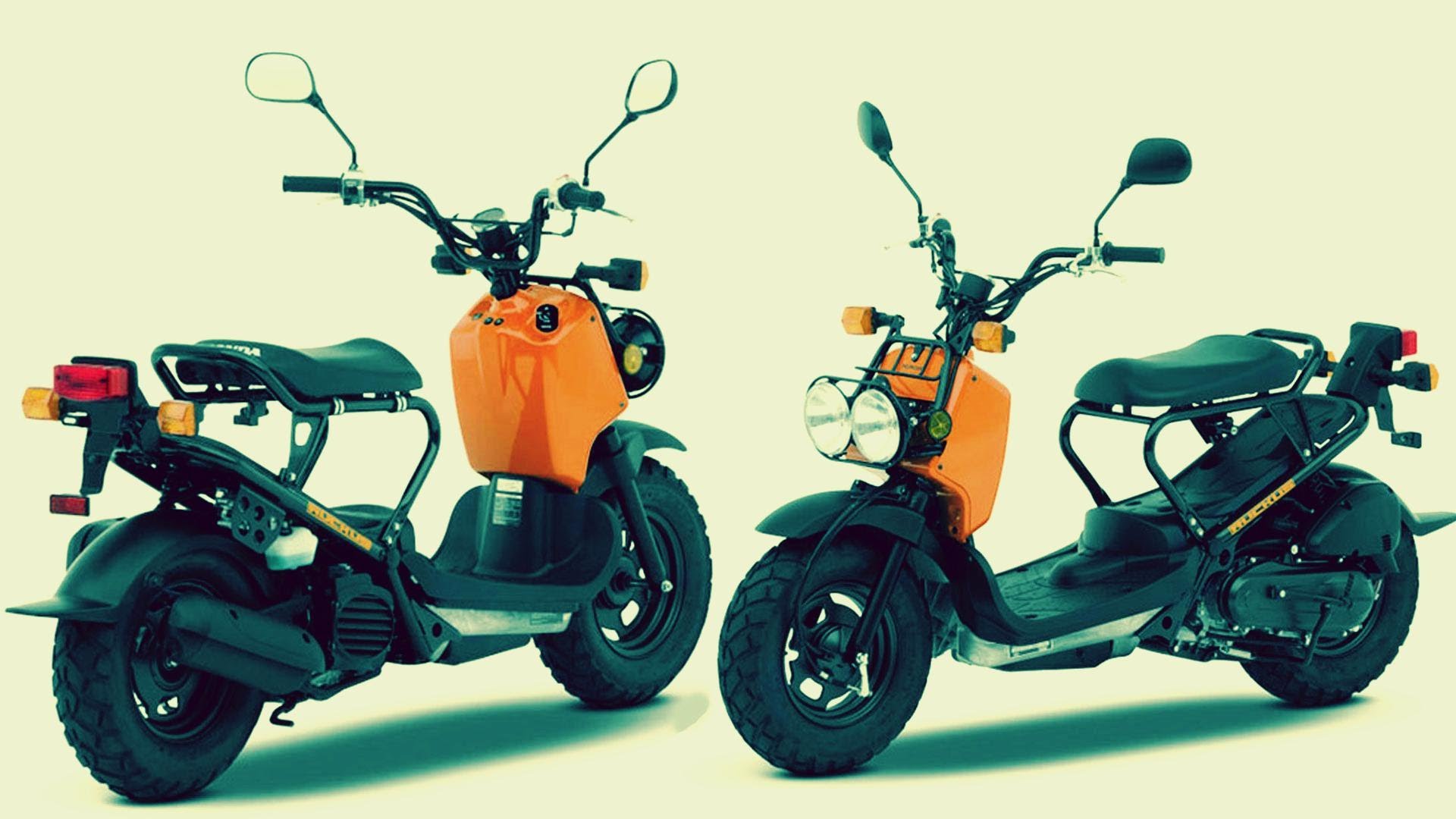 And for the bad ### Californians 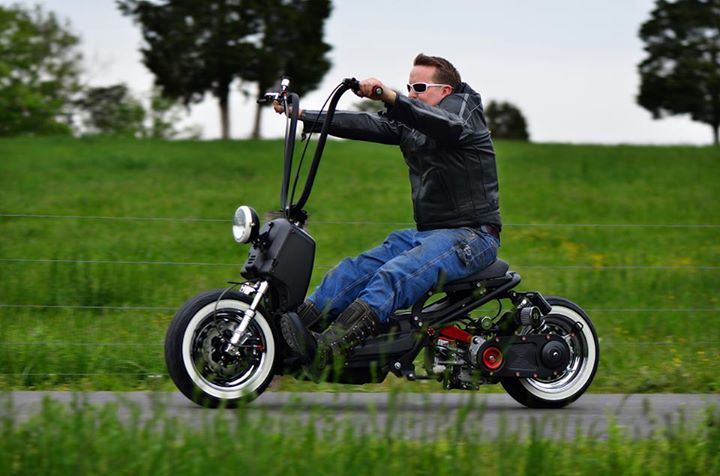 Yeah, I omitted Scooters, simply because I don't have one, nor think I would ever ride one again. When I was very young, my father had a scooter, it was the fad back then, to own it, it was back during the 1970's gas crisis. Anyway, instead of allowing me to get a car, he handed me the keys to the scooter. Ever ridden one? Ever get ridiculed by riding one? Pretty hard to look cool in front of the girls riding one too? Totally traumatized after that experience. I graduated later to a 250 that I think the girls respected and yes, I could give my girl friend a ride on that one.

Good pics thought, so thanks for posting.

Scoots are good for scooting around built up urban areas economically, and for some they are easier to mount and ride. My choice will always be motorcycles between 200 and 450cc, singles best, twins acceptable, large fuel tanks, least three inches of fork travel, fat tyres, full mudguards etc

Sorry, but I will never want to look like this guy...when the SHTF.

Better to be like this! Fast and Furious. Who said, being in the box was not always fun. 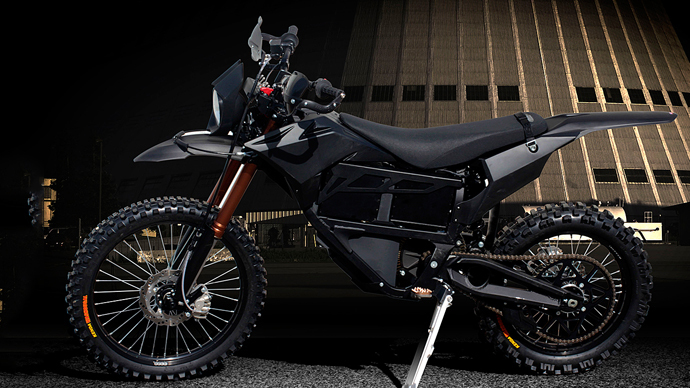 Very popular up in Alaska those small 1x1 bikes

The above MXX bike is being considered by the Defense Department and the U.S. Army as a replacement for the current SOF community.
B

these bikes are great for a bit of fun, but as a life long biker I know that any bike and especially the little 2 stroke ones, in a SHTF situation, can be heard from miles away, okay if you just want to climb aboard and get the hell out of Dodge fast, but no way are they a stealth machine.
M

Never buy an enduro motorcycle without a manual kick-start.. You'll regret it.
B

what about a Quad or one of the new Mules? they can go anywhere a bike will and you can get more gear on them than a bike.

Ever ridden one? Ever get ridiculed by riding one? Pretty hard to look cool in front of the girls riding one too?
Click to expand...

I had both. Had a Honda Elite once (scooter). Loved it. I did graduate to a more manly bike later, but I can't complain about the time on the scooter. It took me and brought me where I needed to go. (and it was nice not having to worry about a clutch)

Ever hear the joke about fat girls and scooters? Fat girls are like a scooter....fun to ride, but you don't want your friends to see you on one....

For SHTF though, a scooter is QUIET....real quiet. Can't say the same for a full on motorcycle. Of course, scooters aren't usually very off road either.

if the SHTF,I want something able to handle off road with ease I will spend most of my time there so,I am taking this route

some of these will run 55 mph

Darn shame they don't sell Suzuki Samuris anymore. I had one a number of years ago and it was an offroad beast. Basically a street legal Gator...with bigger tires...

Some of the larger Gators are as big as the Samuri. I paid $2700 for it used and I drove it for ten years with very little maintenance. I had some problems with the battery going dead from a loose alternator belt, and I would push it off by myself, LOL. Put it in neutral, jump out and push then hop in and put it in gear and pop the clutch to start.

I sold it because I stopped hunting here in Georgia, and the trip to Mississippi (where I do most of my hunting) was just too long, and the cargo space was not sufficient. Well I'm fortunate that I doubt I'll be bugging out.
I'm o.k. where I am for various good reasons.
But if I were bugging out I'd not consider anything on 2 wheels.
Can't carry enough supplies and vulnerable to other panicking travelers.
Now if someone has a place well stocked go to that might
be a consideration.
Just my 2 cents.

What about These? I think, Find an old ford 4x4 pickup truck and modify it for a bugout vehicle . 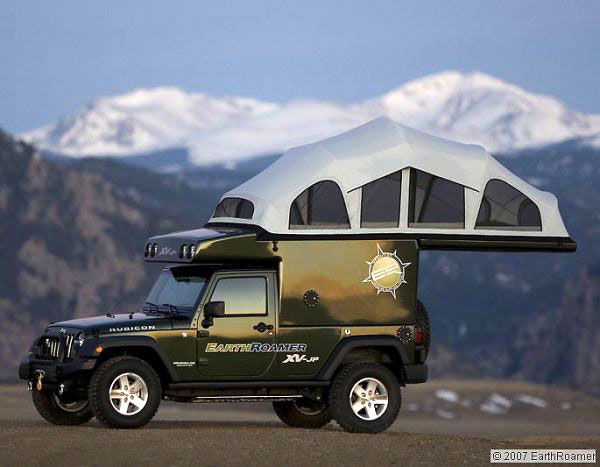 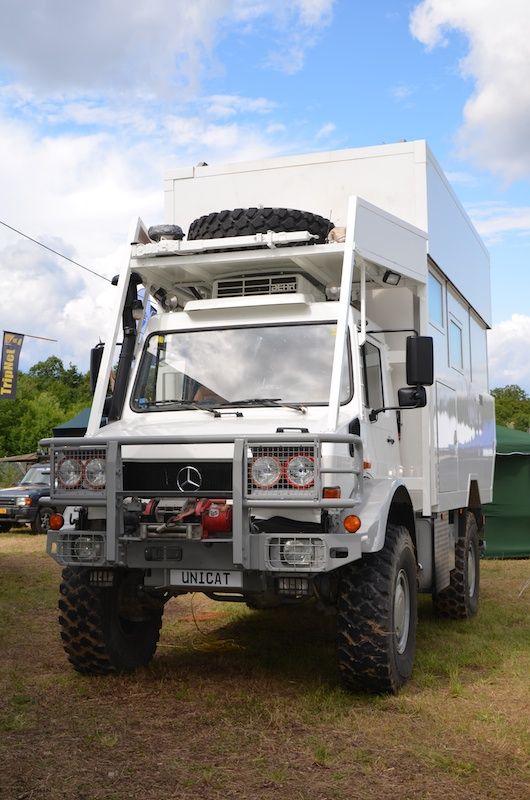