OBAMA TEAR GASSED MIGRANTS TOO BUT NOBODY COMPLAINED THEN

Yes, Another news article post to help drive member crazier. Ain't Life Grand. You might be really surprised a the number of times the Obuma administration used tear gas to repel borders (could not resist) So, where was the outrage from the Liberals, Democrats and the main stream media when Obuma was doing it, well they are not answering those questions. We even have congressional Democrats calling for U.N. inspectors and troops to protect the illegal aliens (my term -- not theirs) from all these human rights violations. Here is the article. So sue me!!

"The latest outbreak of mass hysteria erupted when on Sunday, Border Patrol agents unleashed volleys of tear gas against a group of migrants that stormed the southern border at Tijuana"

In what has become yet another coordinated media firestorm designed to provoke outrage and push already dangerous leftists closer to violence, leading Democrats, celebs and presstitutes have likened the use of the gas to war crimes and in a shameful comparison by Alexandria Ocasio-Cortez, to the Nazis killing Jews during the Holocaust.

Asking to be considered a refugee & applying for status isn’t a crime.

But alas, like everything else following the left’s psychotic break with reality when Hillary choked like a dog, it’s all bullshit.

Because just like illegal alien children were separated by adults and kept in cages during his lamentable regime, Obama gassed migrants too: all the time!

Obama used tear gas once a month at the border, but @ABC and @NBCNews are appalled Trump is defending his use of it https://t.co/7qoaz4wwLh

Via The Washington Times, “Tear gas used once a month at border under Obama”:


The same tear-gas agent that the Trump administration is taking heat for deploying against a border mob this weekend is actually used fairly frequently — including more than once a month during the later years of President Barack Obama’s administration, according to Homeland Security data.

U.S. Customs and Border Protection has used 2-chlorobenzylidene malononitrile, or CS, since 2010, and deployed it 26 times in fiscal 2012 and 27 times in 2013. The use dropped after that, but was still deployed three times in 2016, Mr. Obama’s final full year in office.

Use of CS rose again in fiscal 2017, which was split between Mr. Obama and Mr. Trump, and reached 29 deployments in fiscal 2018, which ended two months ago, according to CBP data seen by The Washington Times.

Border authorities also use another agent, pepper spray, frequently — including a decade-high record of 151 instances in 2013, also under Mr. Obama. Pepper spray, officially known as Pava Capsaicin, was used 43 times in fiscal year 2018, according to the CBP numbers.

Did the Obama Administration Use Tear Gas Once a Month at the Border? https://t.co/6enEY0wTIy via @snopes

Even Orwellian “fact checker” Snopes had to cop to Obama’s use of the gas, not a good development for the advocates of open borders.

Snopes rated the story as “Mostly True” with the caveat that “Figures are not available for the first few years of Obama’s tenure as president, from 2009 to 2011.”

Once again we see how lies of omission are the greatest lies of all.

Obama is also telling people to thank him for lower gas prices.

This man can not handle the fact that Trump has practically erased his legacy so he grasping at Trump's achievements.
G 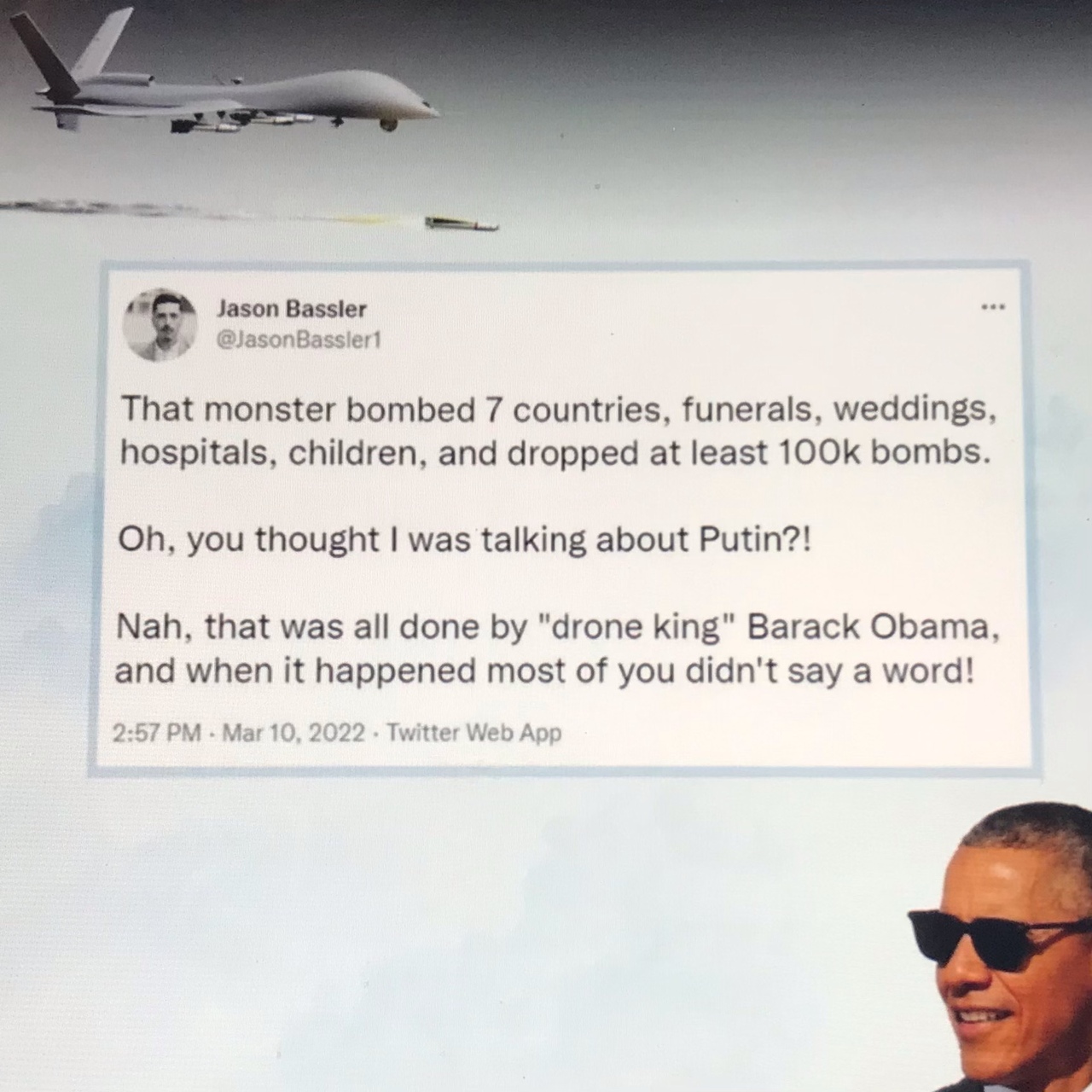 Location
Between some Mountains

And he got the peace nobel price for this.

I'd rather be using mustard gas on the illegals.
D

This man can not handle the fact that Trump has practically erased his legacy so he grasping at Trump's achievements.
Click to expand...

ONLY legacy OBAMMY has is starting the entire RUINATION of our great country!!!!

tmttactical said:
Asking to be considered a refugee & applying for status isn’t a crime.