GeorgiaPeachie said:
SURPRISE SURPRISE! THE VAXXED ARE DYING IN ISREAL.

GeorgeBalloutine on Gab: 'ISREAL ADMITS almost all covid infections and deaths in VACCINATED. They acknowledge the 3rd shot caused "immuno erosion" We Warned you about the Vaxxx all along! https://www.bitchute.com/video/Hg1icQucDGc5/'

The latest news instalments from Israel.

But where is the peer reviewed study on this, approved by big Pharma and Fauci?
G


“U.S. Federal District Judge Allen Winsor of the U.S. District Court for the Northern District of Florida has ruled that Pfizer-BioNTech’s Wuhan coronavirus (Covid-19) “vaccine” bearing emergency use authorization (EUA) is not interchangeable with the company’s new Comirnaty injection, which was fully licensed by the U.S. Food and Drug Administration (FDA) back in August.

Since the two injections contain different ingredients and are manufactured in different ways, Judge Winsor said that they are legally not the same, and that the EUA one cannot be forced on people by the Department of Defense (DOD).

Judge Winsor did, however, reject a preliminary injunction requested by 16 service members against the U.S. military’s Chinese Virus injection mandate. A hearing for that case is scheduled for Sept. 14, 2022, which is nearly 10 months down the road.

“Judge Winsor’s decision about the EUA injection from Pfizer-BioNTech also applies to those from Moderna and Johnson & Johnson (Janssen), both of which are also not approved or licensed by the FDA.

It turns out that the FDA’s approval of Comirnaty was accompanied by confusing documents and equally confusing public statements that did not specify any differences between the two injections.

“The licensed vaccine has the same formulation as the EUA-authorized vaccine and the products can be used interchangeably to provide the vaccination series without presenting any safety or effectiveness concerns,” one such confounding statement read.

“The products are legally distinct with certain differences that do not impact safety or effectiveness.”

The FDA utterly failed to explain how the licensed Comirnaty injection and the Pfizer-BioNTech EUA jab could “be used interchangeably,” despite having “certain differences” that make them “legally distinct.”

GeorgiaPeachie said:
The FDA utterly failed to explain how the licensed Comirnaty injection and the Pfizer-BioNTech EUA jab could “be used interchangeably,” despite having “certain differences” that make them “legally distinct.”
Click to expand...

ANOTHER LOSS FOR TYRANT BIDEN! 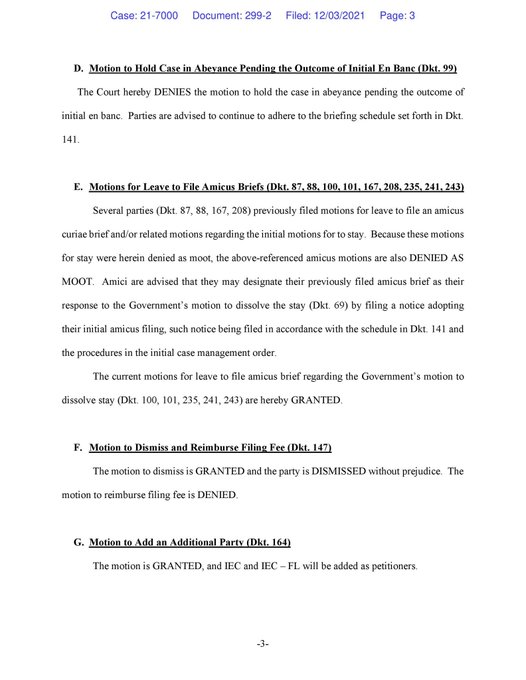 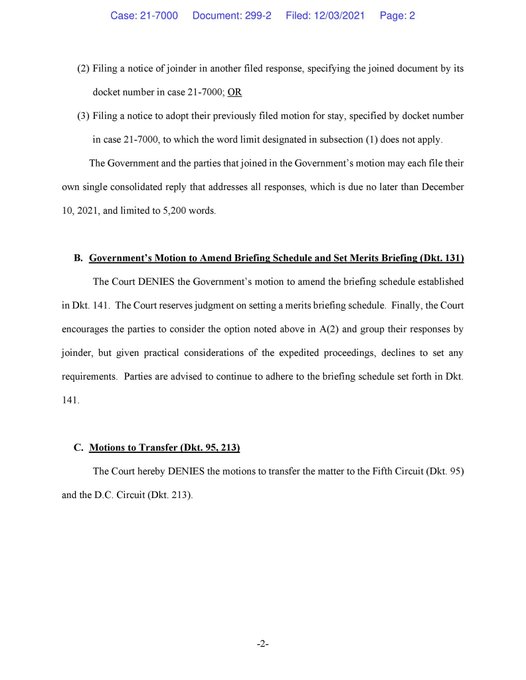 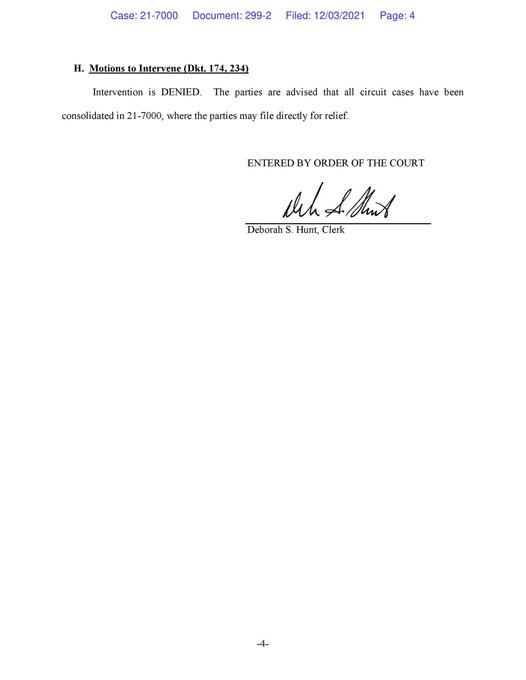 The company cited recent decisions by federal courts to block the CMS vaccine mandate and the “complexity of federal and state laws surrounding exemptions.” 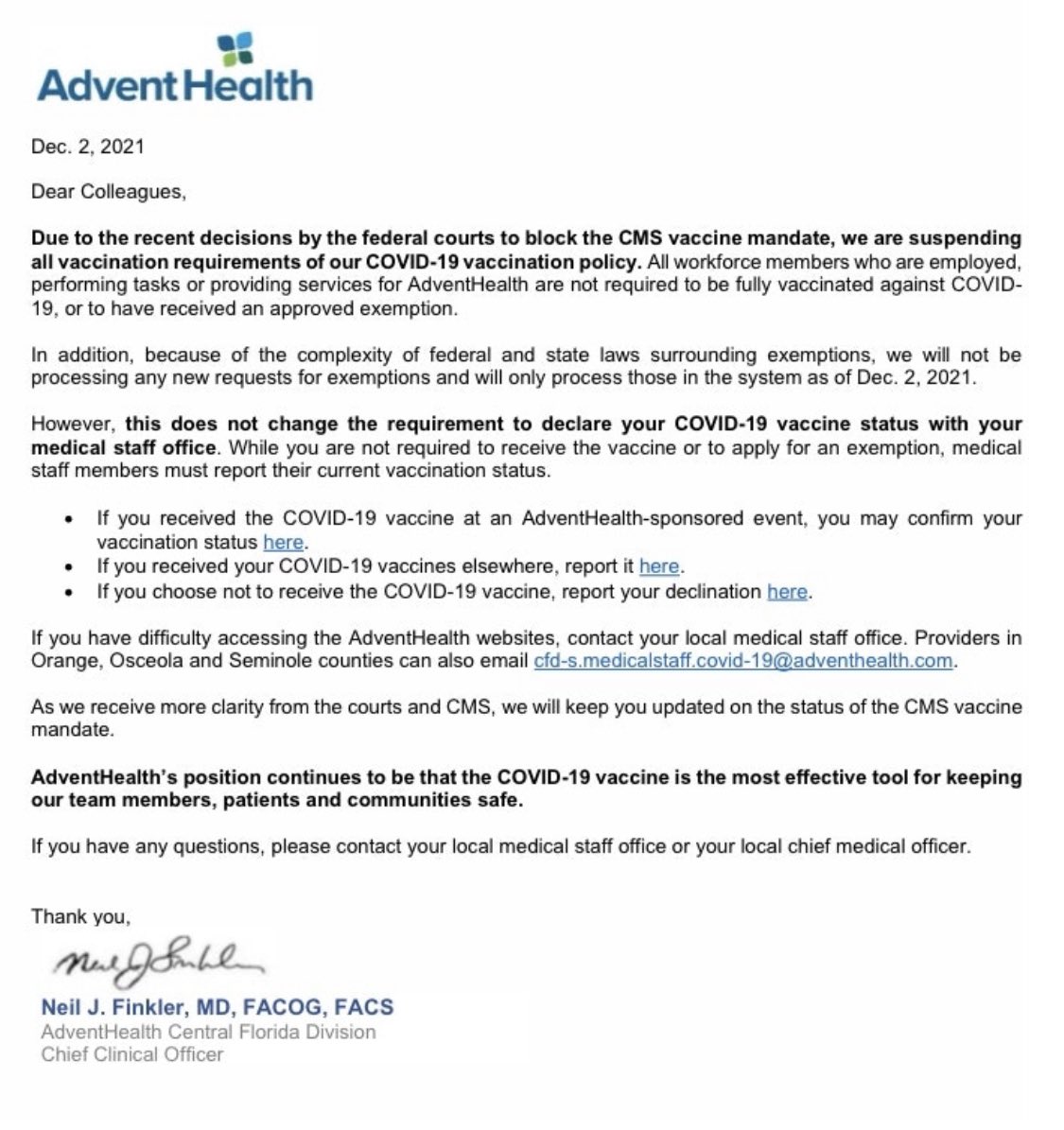 Yikes! Vaccine Passports Now Being Implanted Into Your Hand—The Book Of Revelation Unfolds!

Ben Carson Defends The Unvaccinated: 'Last Thing In The World We Need To Be Doing Is Villainizing' Them

“Dr. Ben Carson: "First, it was going to be the one vaccine, then it was going to be two, then it's a vaccine and a booster and probably another booster later... The last thing in the world we need to be doing is villainizing people who use their choice to take a different route."

”Well, you know, a booster is nothing more than less than a full dose of the vaccine. So it’s like, take a half dose and get it again. And I guess the big question is, why do we keep needing boosters? First it was going to be the one vaccine, then it was going to be two and then it's a vaccine and a booster and probably we're gonna need another booster later. That’s one of the reasons that we need to be looking at some of the alternatives in a very serious fashion”

Joey “Bribes” Biden is removing the punishment for bribery and corruption within the pharmaceutical industry, effectively opening the gates for big pharma to legally bribe doctors into prescribing certain prescription pharmaceuticals. 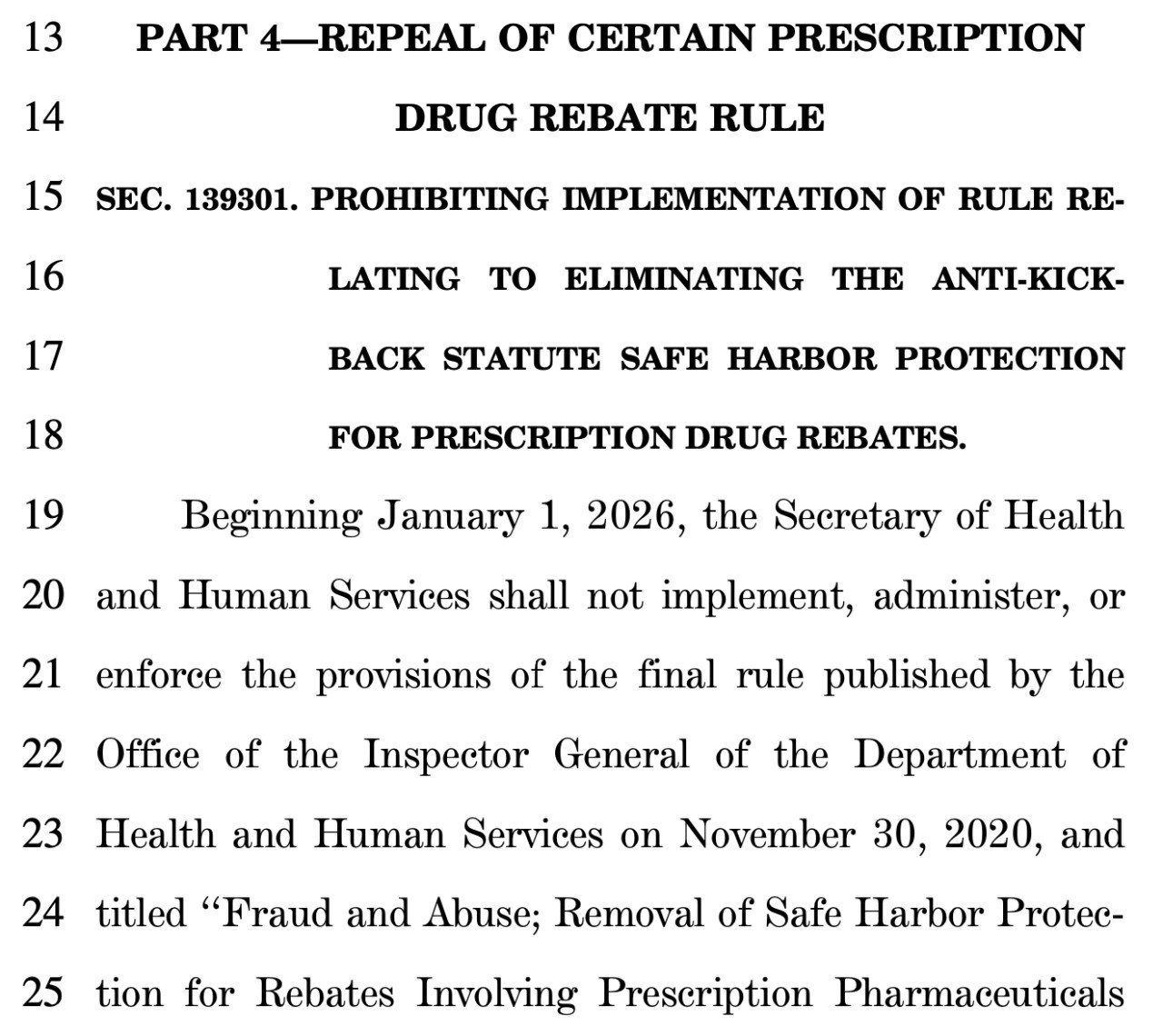 President Trump had established punishments for such bribery and corruption, but Resident Biden's proposed legislation is now repealing those punishments.
G


Dec 7 (Reuters) – A federal judge on Tuesday blocked the last of the Biden administration’s COVID-19 vaccine mandates for businesses, saying the government exceeded it authority with a requirement that millions of employees of federal contractors be inoculated.

“Abuse of power by the Biden administration has been stopped cold again,” Republican South Carolina Attorney General Alan Wilson, who joined the lawsuit, said in a statement.

U.S. District Judge Stan Baker in Savannah said Congress did not authorize the president to use procurement to impose a vaccine requirement on contractors that will have “vast economic and political significance.”

The lawsuit was filed by the states of Georgia, Alabama, Indiana, Kansas, South Carolina, Utah and West Virginia as well as a trade group for contractors.” 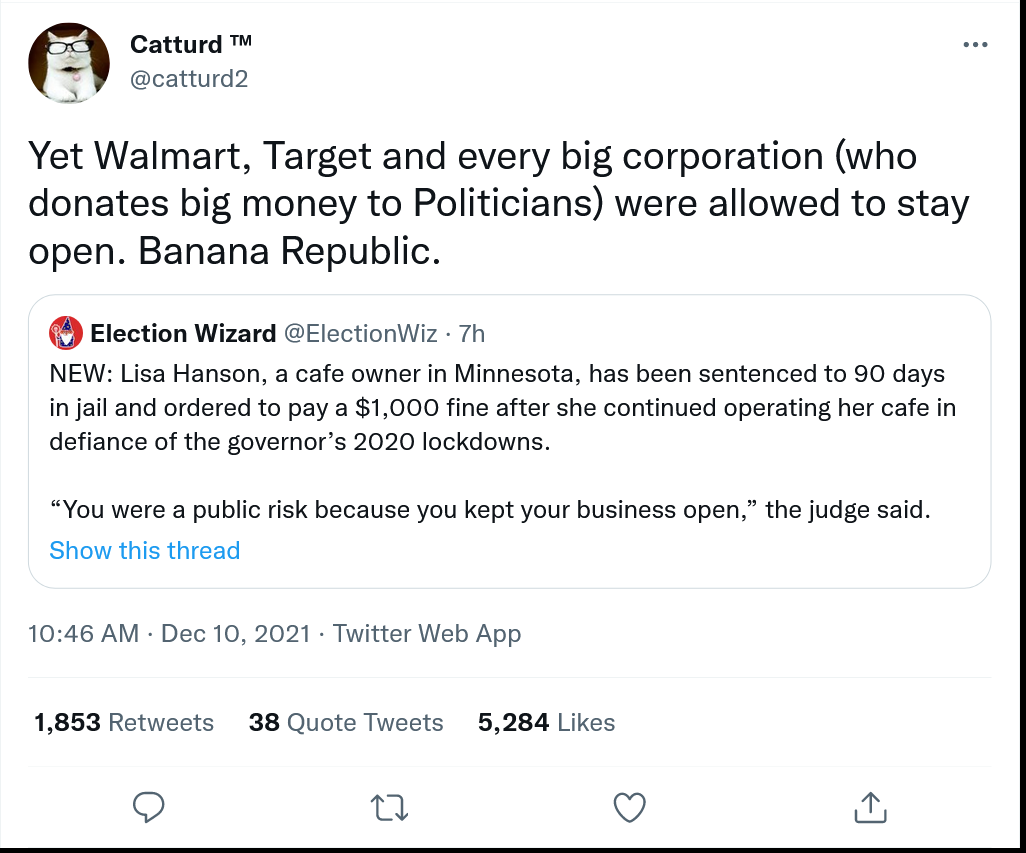 That judge should be flogged in public.

All about sending more money to the big box stores to get richer and closing down the "little man". . . I do NOT shop Walmart Target or any other big box store on a regular basis. I may go to Walmart less than a handful of times out of the year. It is all about money, . . you rub my back, and I will rub yours back.

Danil54grl said:
This is the Houston doctor who said she was no longer accepting vaccinated patients and was no longer able to admit her patients into Houston Medical Center. . .
View attachment 14441
Click to expand...

REMOVED since i read this wrong. Thought it was the doctor throwing out her un vaxxed patients.
Last edited: Dec 13, 2021
G

Public health [officials] don’t get to tell people what to wear:' Democratic governor declares that COVID-19 emergency is 'over'

Colorado Gov. Jared Polis – a Democrat – declared that the COVID-19 pandemic is "over." Breaking from the Democratic Party, Polis added that he would not be implementing another statewide mask mandate desire the omicron variant spreading easily.

"Public health [officials] would say to always wear a mask because it decreases flu and decreases [other airborne illnesses]," Polis stated. "But that's not something that you require; you don't tell people what to wear."

"You don't tell people to wear a jacket when they go out in winter and force them to [wear it]," Polis added. "If they get frostbite, it's their own darn fault. If you haven't been vaccinated, that's your choice. I respect that. But it's your fault when you're in the hospital with COVID."”

Even some of the Dems are realizing the pushed pandemic is OVER!
G

This shows how the government is targeting Small Business. Their goal is to crush them and the upper middle class, leaving only Big Business who is in bed with them on the Great Reset plan!
G 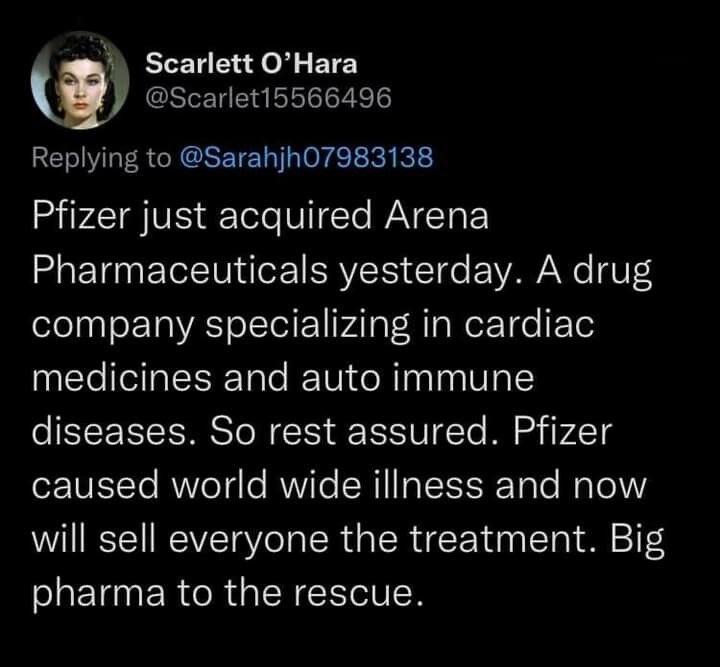 The NFL is facing its biggest COVID-19 outbreak of the season as more than 75 players have tested positive this week, including Cleveland Browns quarterback Baker Mayfield.

Scary if passed in New York