We know of one person whom has gone down that road.
We feel for her husband.

Isn't that nice of her?

I hate that woman. The only reason she was elected, Liberals pouring out in mass to legalize marijuana. These types of ballot proposals should be determined during primaries

Here is a very good report for my American friends, read it and you will know how to cheat you through Corona, the whole thing is being done more and more here too. It is time to punish those responsible, it is not the virus that is the danger but those who take away our rights and freedom because of a pandemic that is not.

China is currently using a traditional vaccine instead of mRNA for covid. Could they know something we don't?

We must always assume that every action china takes is an action to make themselves stronger as a country and eventually the world superpower, that's why they've rejected and banned western ideas like Wokeism and feminism. They know these things divide and weaken. While they currently have an RNA vaccine in progress it's still in clinical trials, they're currently using a traditional inactivated virus shot called Sinovac. Could they be weary of the mRNA technology and what it could do to their population? Why is it not bigger news that they are using a traditional vaccine while we're stuck with new tech that hasn't even been FDA approved. Not saying I would get it but I would certainly be more open to the vaccine if I had an option that went the more traditional route.

They know the gene therapy is not as safe as our government say it is and they are waiting to see the results on our population before they adopt it.
-----------------
How does the Sinovac vaccine work?

The Beijing-based biopharmaceutical company Sinovac is behind the CoronaVac, an inactivated vaccine.

It works by using killed viral particles to expose the body's immune system to the virus without risking a serious disease response.

By comparison the Moderna and Pfizer vaccines being developed in the West are mRNA vaccines. This means part of the coronavirus' genetic code is injected into the body, triggering the body to begin making viral proteins, but not the whole virus, which is enough to train the immune system to attack.

"CoronaVac is a more traditional method [of vaccine] that is successfully used in many well known vaccines like rabies," Associate Prof Luo Dahai of the Nanyang Technological University told the BBC.

"mRNA vaccines are a new type of vaccine and there is [currently] no successful example [of them] being used in the population," Prof Luo adds.

Covid: What do we know about China's coronavirus vaccines?

IT WILL NEVER END. . . until We the People stand up against this BS!

Danil54grl said:
IT WILL NEVER END. . . until We the People stand up against this BS!


There's so many gullible morons that support democrats, why tell the truth untill it benefits them.
Click to expand...

I got the concerns during the beginning of this "pandemic", BUT we had at least a couple ways to battle the infection early on. Covid Coumo, I think played right into this agenda and allowed a high death rate in his state. . . to scare us into accepeting the agenda they were trying to shove down our throats! It really is just getting ridiculous now and I can only hope people can see this. Some are just getting richer and richer right now at the American peoples sacrifices.

One of the world’s most prominent medical doctors with expertise in treating COVID-19 has gone on the record with a scathing rebuke of the U.S. government’s approach to fighting the virus. He says the government’s strategy, carried out in cooperation with the Bill and Melinda Gates Foundation and the United Nations World Health Organization, has resulted in tens of thousands of unnecessary deaths and is now being followed up with thousands more deaths caused by a mass-injection program.

Dr. Peter McCullough, in a 32-minute interview with journalist Alex Newman, said if this were any other vaccine it would have been pulled from the market by now for safety reasons.

McCullough holds the honor of being the most cited medical doctor on COVID-19 treatments at the National Library of Medicine, with more than 600 citations. He has testified before Congress and won numerous awards during his distinguished medical career.

Between Dec. 14 and April 23, there were 3,544 deaths reported to the CDC’s Vaccine Adverse Event Reporting System [VAERS], along with 12,619 serious injuries.

One might expect these numbers would trigger an exhaustive investigation from the U.S. Food and Drug Administration. But the opposite has occurred. According to McCullough, the government has taken what amounts to a passing glance at the alarming numbers and dismissed them with a bare minimum of scrutiny.

“A typical new drug at about five deaths, unexplained deaths, we get a black-box warning, your listeners would see it on TV, saying it may cause death,” McCullough said. “And then at about 50 deaths it’s pulled off the market.”

The U.S. has a precedent for this. In 1976 during the Swine Flu pandemic the U.S. attempted to vaccinate 55 million Americans, but at that point the shot caused about 500 cases of paralysis and 25 deaths.

“The program was killed, at 25 deaths,” McCullough said.

see also this article on Dr. M getting banned by YT last fall:

Hundreds if not thousands of women have reported that they have suffered irregular bleeding/clotting after receiving one of the mRNA Covid vaccines. Sadly hundreds of others have reported the loss of their unborn child. However we are now also seeing hundreds of testimonies made by women who are saying that they have lost their unborn child or suffered irregular bleeding/clotting after being in the company of others who have received one of the mRNA Covid vaccines.

With reports like this being made it is extremely interesting and concerning to find that hidden within this Pfizer document:

Contains a whole section covering the possibility of ‘mRNA vaccine shedding’ in which it is possible for those who have been in close proximity of someone who has had the Pfizer mRNA jab to suffer an adverse reaction.

In section 8.3.5 of the document it describes how exposure during pregnancy or breastfeeding to the Pfizer mRNA jab during the trials should be reported to Pfizer Safety within 24 hours of investigator awareness.

This is strange because pregnant women / new mothers were and are not part of the safety trials. So how can they be exposed?
Well Pfizer confirms that exposure during pregnancy can occur if a female is found to be pregnant and is environmentally exposed to the vaccine during pregnancy.

The document states that environmental exposure during pregnancy can occur if a female family member or healthcare provider reports that she is pregnant after having being exposed to the study intervention by inhalation or skin contact.

Or if a male family member of healthcare provider who has been exposed to the study intervention by inhalation or skin contact then exposes his female partner prior to or around the time of conception.

In layman’s terms Pfizer are (sic) admitting in this document that it is possible to expose another human being to the mRNA Covid vaccine just by breathing the same air or touching the skin of the person who has been vaccinated.

Well, that might explain all those alleged "super spreader" events that never happened.

Eric Clapton after COVID vaccination: 'I should never have gone near the needle'
5-12-21
from a message sent to Robin Monotti Graziadei:

In February this year, before I learned about the nature of the vaccines, (and being 76 with emphysema) I was in the avant garde. I took the first jab of AZ and straight away had severe reactions which lasted ten days, I recovered eventually and was told it would be twelve weeks before the second one...

About six weeks later I was offered and took the second AZ shot, but with a little more knowledge of the dangers. Needless to say the reactions were disastrous, my hands and feet were either frozen, numb or burning, and pretty much useless for two weeks, I feared I would never play again, (I suffer with peripheral neuropathy and should never have gone near the needle.) But the propaganda said the vaccine was safe for everyone....

Then I met a member of this group, who counselled me to be careful and to have a look at what goes on with you guys...

I felt like a veil had been lifted, that I was no longer alone, that it was okay, in fact essential, to hold on to my intuition and follow my heart...

I continue to tread the path of passive rebellion and try to tow the line in order to be able to actively love my family, but it’s hard to bite my tongue with what I now know...

Eric Clapton after COVID vaccination: 'I should never have gone near the needle' - Frontline News 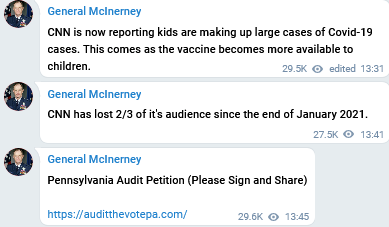 Another propaganda push right now? There has been many "adults" not wanting and willing to take this vaccine. So now all of a sudden they are pushing the more children getting Covid and xaccines are available. More than 4000 people has died over this vaccine push which is more than all the other vaccines pushed in the last 20 years combined.

Ohio is desperate right now to get their people to get the jab. ..

Ohio Governor Mike DeWine announced the state will hold lottery drawings awarding one million dollar prizes to five adults who have been vaccinated against the COVID-19 China coronavirus with five youths eligible for four year scholarships to Ohio State University. DeWine made the announcement...

How serious and safe can an vaccine be if you need to pay people to take it....

It sounds very clear where the journey is going, more children will die from the syringe than from Corona. Our politicians are still working on compulsory vaccination for children and they will start right away.

There are also more and more reports and videos that after vaccination magnets stick to the vaccination site. To hell with the stuff, that has nothing to do with a means against Corona but one pursues there other goals, if it comes here to a vaccination compulsion I will use every means to escape and will fight against these henchmen no matter what outcome it takes, if it comes hard on hard I have ways and means to escape, if necessary I prefer the bullet. 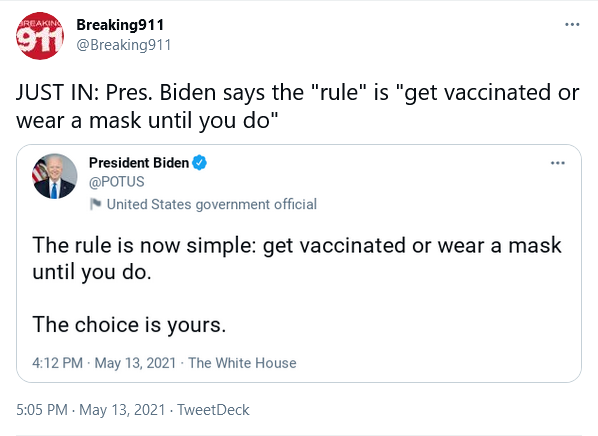 Nolify this communist idiot. Secession is really the only answer. I will not roll over for this asshole. 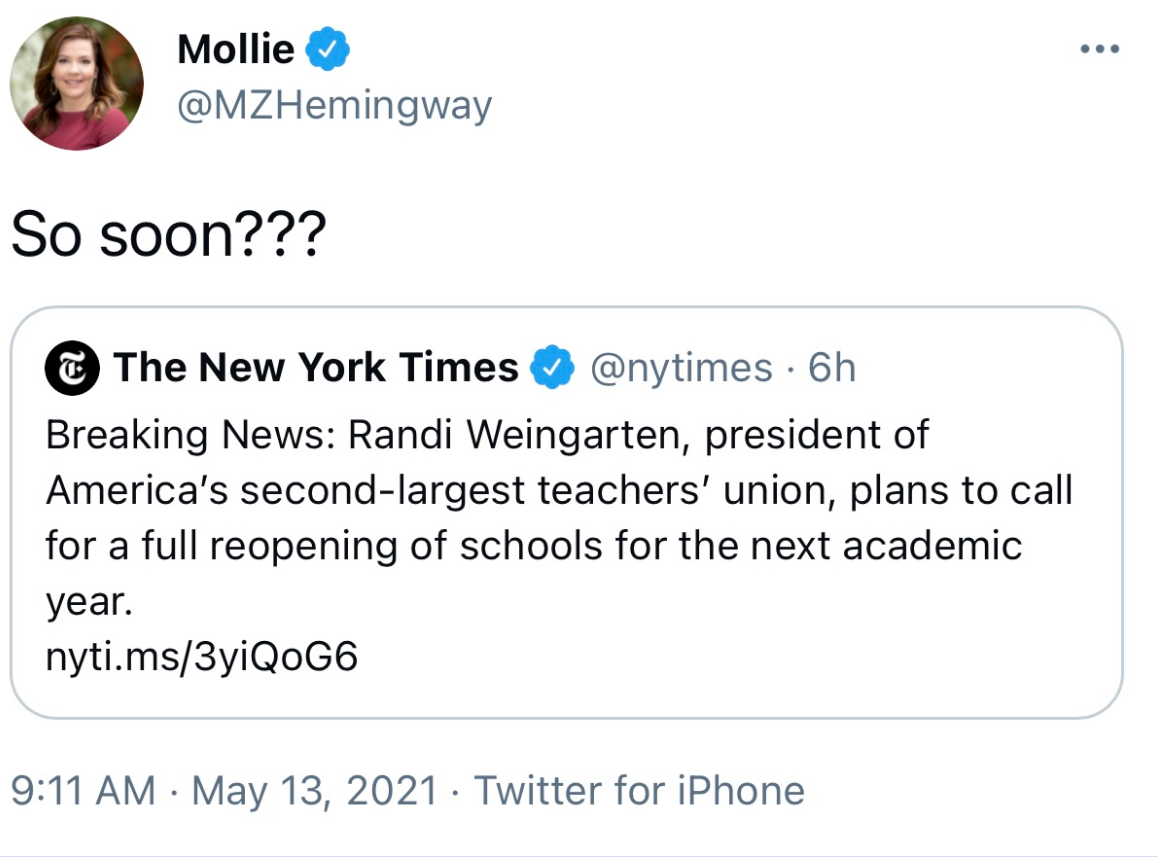