Status
Not open for further replies.

New UK Study: People Who Have Been Vaccinated Make Up 47% of New COVID Cases

Data from a recently released study out of the UK, that uses data compiled from their Orwellian symptom-tracking app, shows vaccinated people account for almost half of the country’s new COVID cases. The experimental jab has been getting worse results as time progresses. Just a few months ago... 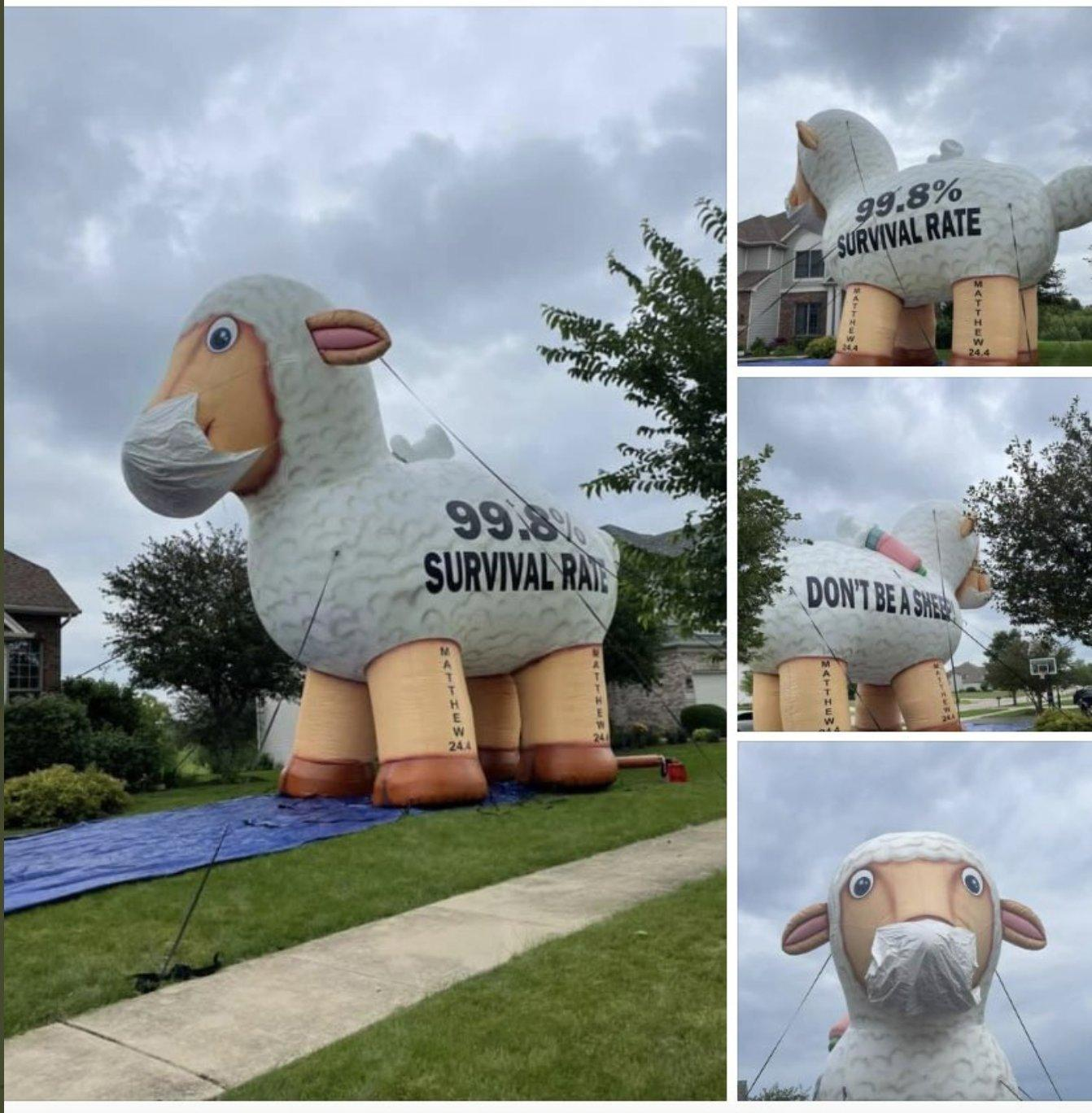 Covid deaths on the rise again in the U.S. after weeks of decline, CDC says — CNBC

Deaths from Covid-19 are increasing after weeks of decline, along with hospitalizations and cases, the CDC said Friday.

apple.news
here are the only two graphs that I care about, deaths and hospitalizations. Nothing like a few months ago, but moving up. New case numbers don’t mean much to me if they are mild. Unfortunately we are not done with this virus.

The govt just released that in June 99% of all covid deaths were unvaccinated. I’ll take doctors words over political commentators any day.

Nothing private against you Brent S, but don't believe everything the government says, if you need info that is worth anything ask the health care professionals working on the front lines.
Here the government says about the same as your government tells all day long, but if you ask critical questions the government blocks very fast, if you are too critical the police is standing in front of your door.

SO WHAT IS THE GOVERNMENT AFRAID OF????
I am not saying that the government lies about everything, but here in Europe there is more and more evidence that currently more and more people with vaccine damage and fully vaccinated people end up in the hospital, but there is NO WORD of it in the statistics.
B

Just more scare tactics from the government and their power hungry little nazis to try to get more people vaccinated. Why? What is their end goal? No government has ever pushed so hard to force people to get a vaccine before. If for no other reason this will keep me from ever getting vaccinated.
I dont trust anything that government says or does. My wife and I both had the china flu. It wasn't fun but we both survived just.
A

Yep. Me, too. So in the beginning they said "herd immunity", and said that natural immunity from surviving covid was needed.
So here we are, with tons of us that had covid and got over it.
Nope.....every doctor my husband saw in Denver this last week (for his annual check ups) said, "Oh...you have to get the vaccine right away." We would say that we already had covid. Are naturally immune.
Oh, no....there are variants now, and no one knows really how long the natural immunity continues.
I am so sick of hearing it.
B

any immunity is short lived, months not years, not that I believe anything that is said about covid or the vaccine.

Arcticdude said:
Just more scare tactics from the government and their power hungry little nazis to try to get more people vaccinated. Why? What is their end goal? No government has ever pushed so hard to force people to get a vaccine before. If for no other reason this will keep me from ever getting vaccinated.
I dont trust anything that government says or does. My wife and I both had the china flu. It wasn't fun but we both survived just.
Click to expand...

I’m glad your both recovered well from it. Hopefully that gives you some immunity from now on. I think we likely had it as well in January, 3 months before it was supposed to be spreading here. I do not doubt though that vaccines have some risks. But I do believe they pose a lot lower risks than getting this or other viruses. I spent a quarter of my life in the medical field and still believe in the science behind vaccines. I’m with Paul though on feeling the vast majority of politicians aren’t worth listening to. For what it’s worth to all those here that I’ve offended so much, I truly don’t care to change your minds about this or any other topics. Your choice is yours alone, as mine is mine. I will dispute things when I see shoddy evidence that isn’t the consensus of mainstream science, but we are all free to make our own choices and opinions.

I hope very much that what this doctor writes here will NEVER become true. Even if I will not be vaccinated at the time guaranteed I wish that absolutely no one who has been vaccinated.

On the other hand nothing surprises me at present more, politicians in Europe and also from here talk now openly about it that unvaccinated persons must mark themselves publicly so that the remaining persons know from whom danger proceeds.
Europe has known this kind of marking since the times around 1930 and everyone knows where this has led. Even if politicians condemn those dark times, they are planning to repeat the same thing now.
We are more and more led by insane people, that with a society that is at the end and has exceeded your zenith will lead to a very big disaster, say peace slowly goodbye, various indicators point to a conflict even if I regret that very much.

Brent S said:
The govt just released that in June 99% of all covid deaths were unvaccinated. I’ll take doctors words over political commentators any day.
Click to expand...

Lol, what release? Where is the data from?

If the government were to say how many people died from the vaccination or how many people have permanent damage, the statistics would look different, but if someone dies after the vaccination, this is declared as natural death, so to speak. These 99% of all Covid deaths that Brent S has probably cited by some government, this value is 100% false and untrue, there is blood on this number, the blood of many people who have been harmed by this gene experiment and will be harmed in the future .

As I have already read, however, there are many people who have vaccine damage and still publicly say that it did not come from the vaccination or that there was no alternative to the vaccination, especially many people from Germany who were healthy before the shot say that. I have absolutely no pity for such people, willing sheep who think absolutely nothing and then even vaccinate their children without scruples.

Here it has some very interesting statistics and good information on the differences between vaccinated and unvaccinated people. It is worthwhile for you to translate and read them, these things are clearly in the meaning of the statements of almost every government, but it may well be that these "miracle vaccinations" or what we are told every day are not as great as we are told.

I know one thing, if this vaccination campaign leads to health problems for many vaccinated people, we will all get a very big problem, it will collapse almost everything and the future prospects will be blacker than black.

I'll tell you one thing about Brent, I don't believe in the 97% figure. Well at the beginning of this year it looked different, but now it will certainly not be 97% if you take a monthly recording from June or soon in July.
At the end of the year it will look completely different again, I don't want to know how many vaccinated people are then in the hospital, but on the other hand I am sure that there will be no more study then, nothing will be published that contradicts the government's vaccination course and slepping Jo will do everything to ensure that there are no critical studies, he has learned that from his European politics friends.

All covid patients in L.A. County hospitals are unvaccinated — CNN

The latest nationwide uptick in coronavirus cases are nearly all among the unvaccinated. Which begs the question: Are severe Covid-19 consequences preventable?


Calls for Australians who refuse Covid vaccinations to be BANNED from pubs, restaurants, offices, planes, and even leaving their own homes


'The rules only apply to YOU': Social media explodes with memes at news that Boris Johnson and Rishi Sunak wanted to use pilot testing scheme to avoid self-isolation before hasty U-turn

And most of the articles posted here are by reputable sources I guess…..

Status
Not open for further replies.