Arcticdude said:
BS Bill. Canada and the US, plus Mexico, are all in North America.
Click to expand...

North America is a continent, Britain is a set of Islands.
I think that some Londoners refer to themselves as European but thats just "metropolitan speak", this side of the country sticks out into the Atlantic and is more remote.
Last edited: Feb 14, 2021

and Bill Gates just get richer. . .

A third dose of coronavirus vaccine may be needed to prevent serious cases of new variants of the disease, Bill Gates said Tuesday. The billionaire philanthropist's comments come amid to the growing concern that current vaccines are less effective against the South African and Brazilian variants.
"The discussion now is do we just need to get a super high coverage of the current vaccine, or do we need a third dose that's just the same, or do we need a modified vaccine?" Gates told "CBS Evening News" anchor and managing editor Norah O'Donnell.
"All five of the companies that have U.S. vaccines are looking at making that modification and adding that in so that people who've already had two shots might need to get a third shot," he said. "I think it's reasonably likely that we will have a tuned vaccine just to make absolutely sure that as these variants hit the U.S. that they're not escaping from vaccine protection."
Gates is funding studies in South Africa to determine whether the AstraZeneca, Johnson & Johnson and Novavax vaccines were as effective against the more contagious variant.
"AstraZeneca in particular has a challenge with the variant. And the other two, Johnson & Johnson and Novavax, are slightly less effective, but still effective enough that we absolutely should get them out as fast as we can while we study this idea of tuning the vaccine," Gates said.
If the coronavirus is not eradicated, he said, additional shots may be necessary in the future. "Probably not yearly, but as long as it's out there, we want as many Americans as possible not to be spreading it to each other," he said.
Dr. Scott Gottlieb, the former head of the Food and Drug Administration, told CBS News' "Face the Nation" on February 7 that he believed the vaccines currently being distributed in the U.S. would offer "reasonable protection" against the new variants, even if they are less effective against the new strains. Still, he said, it may also be necessary to administer booster shots in the fall.
A

In half a year it will be said that a booster shot is needed every two to three months, which is the best way to systematically poison the whole population.
A

They're already saying a third shot is needed because of the new strains. The computer guy, Bill Gates is saying this. I guess he's qualified.
B

Amish Heart said:
They're already saying a third shot is needed because of the new strains. The computer guy, Bill Gates is saying this. I guess he's qualified.
Click to expand...

which makes me even more suspicious.
A

I would take my lawnmower to the dentist, my dog to the hairdresser and my bad teethaches to the local mechanic to be worked on before I would let a high-school flunky drop-out and self-proclaimed computer freak tell me ANY MEDICAL ADVICE!!! Just because the idea of making a personal computer came from Mr. Gates does not mean that he is the creator of ALL THE SMART THINGS coming from Microsoft Co. AND...if he and his products were so damned good...why are we all needing ANTI-VIRUS computer software AND ANTI-VIRUS COVID-19 CRAP from the same person???? Maybe he should stick to one type and pile of BULLSHIT virus and leave the other one to the real experts....GP

GeorgeWu on Gab: 'Personal Comments: 1. Taiwan: 23+M pop, 8 total Covid 19 deaths. 2. Pres Trump correctly touted HCQ a yr ago. So does FrontlineMDs and many doctors in America and worldwide. 3. Below is an excellent example from Uganda: 43M pop: 19 Covid-19 deaths. Common denominator...

We all know the problem is controlling the lie and saying it over enough times till it becomes the new truth because so many people have said it...in Austria you can no longer go anywhere without your PAPERS...like Nazi Germany...you must show you Covid-19 Vaccination papers to go to restaurants, stores, businesses or the city hall and such now....Germany is next and the Slovak Republic is now FORCE TESTING ALL !!!! ALL CITIZENS EVERY WEEK FOR COVID!! Welcome to the new 4th Reich.

GeorgeWu on Gab: 'Personal Comments: 1. Taiwan: 23+M pop, 8 total Covid 19 deaths. 2. Pres Trump correctly touted HCQ a yr ago. So does FrontlineMDs and many doctors in America and worldwide. 3. Below is an excellent example from Uganda: 43M pop: 19 Covid-19 deaths. Common denominator...

Very true and if everyone used CDS, there would be 0 deaths worldwide. Every country, state, local community could produce CDS for everyone in a short time with very little effort or cost.
There would be none if this pandemic and its problems going on for the last year.

The world is Nuts! Controlled by evil Tyrants!

ban1985 said:
In half a year it will be said that a booster shot is needed every two to three months, which is the best way to systematically poison the whole population.
Click to expand...

And why exactly would anyone want to poison the while population?
A

I doubt that someone wants to poison everyone, but there are many elites that feel that our world is overpopulated and would not be so sad to see 75 percent of us go. Of course, not the elites.

Something to verifiy your thoughts about the self-proclaimed elitist "saviours of the world"...

Brent S said:
And why exactly would anyone want to poison the while population?
Click to expand...

Would you be in favor of having a vaccination every 4 weeks? I think you would also make your thoughts that would be anything but healthy for you in the long term.

GaRp58 said:
Something to verifiy your thoughts about the self-proclaimed elitist "saviours of the world"...

I’ve visited the place, not far from where I live. I personally think the guy that set up the trust to build and maintain it was an eccentric quirky dude with too much money and no one to leave it to..... interesting though.

Israel has announced plans to vaccinate tens of thousands of Palestinians who work inside Israel and its West Bank settlements. 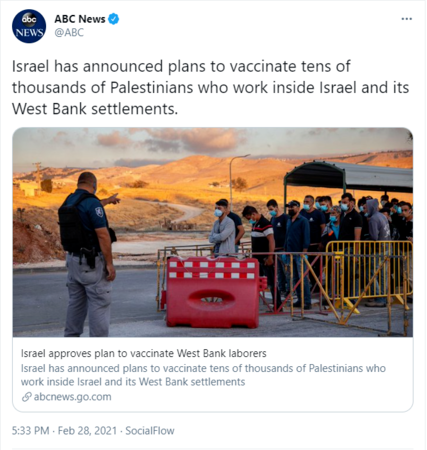 This is just ridiculous. . .

no mask no mail.

>Canada Post has suspended mail delivery to two highrise buildings in Toronto because it says some residents who live there are not wearing masks in common areas that postal workers must use to drop off mail.

>In an email to CBC Toronto on Sunday, the Crown corporation said mail delivery has been suspended at 100 and 150 Graydon Hall, near Don Mills Road and Highway 401. Residents must now pick up their mail at a Canada Post depot at 70 Wynford Dr., roughly an eight-minute drive or 27-minute bus ride away. 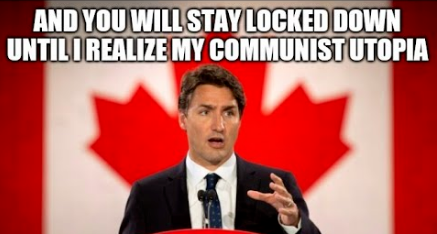 Funny people them above the border, must be all of the acid rain they are receiving from the Philly Steel Mills and the dirty dust from 9/11...